You needn’t for the 2022 Winter Olympic Games in Beijing, China to enjoy the fast paced action of international team competing on the ice. Simply clear off a tabletop for your own rod hockey tournament — any time of year.

WHAT IS ROD HOCKEY?

Play-at-home football fans have electric football, soccer fans have foosball, and hockey fans have… rod hockey? Despite lacking the name recognition of the former two tabletop games, rod hockey may have the best gameplay of the three. 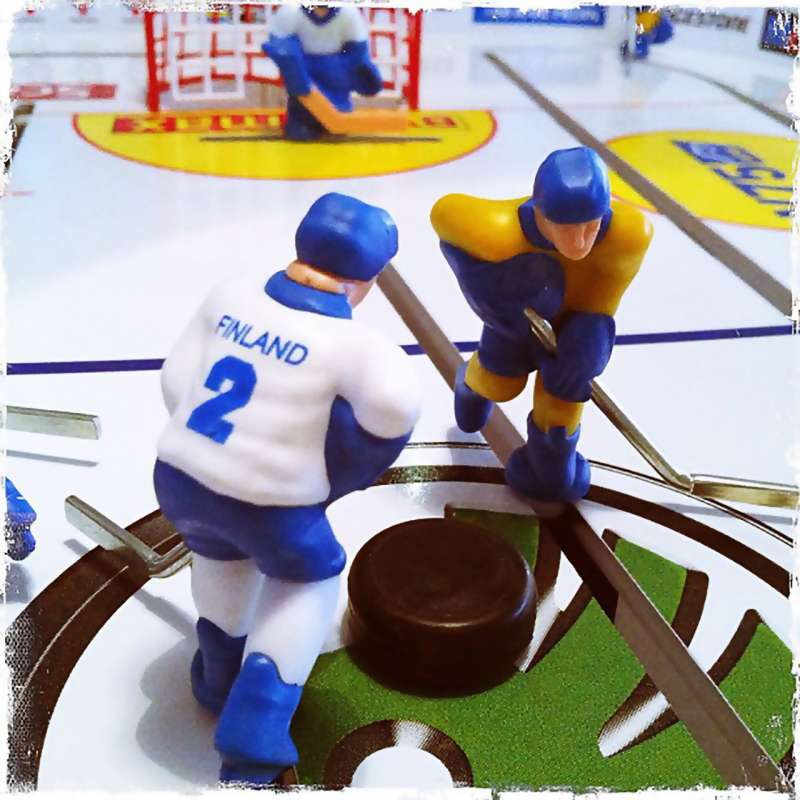 In rod hockey, coaches push, pull and rotate rods located at either end of the game unit to maneuver players on the “ice” and attempt to control the oversized puck.

Like other sports-based tabletop games, rod hockey enthusiasts have their own tournaments and take the game very seriously. Watching veteran coaches deftly maneuver their players about the ice is a sight to behold.

The International Table Hockey Federation (ITHF) hosts a World Championship tournament every two years played on the Swedish-made Stiga Play Off game. Swedes won the first nine championships, with Han Osterman standing atop the podium in 1997, 2001 and 2005. The current top-ranked player in the world is Russia’s Maxim Borisov.

Getting your skills to world-class level takes hours of practice. With years of experience under his belt, Allan Bradley — playing on a vintage Irwin-WinnWell Top Corner unit — provides little pointers to help you take your rod hockey game to the next level…

The price of table hockey games varies wildly, from US $30, to $300, and all the way up to $3000 for the top end units designed for arcade use. While the now-defunct Munro Games of Toronto made the first rod hockey games in the 1930s, today the market is dominated by Franklin Sports and Stiga Games.

Franklin Sports various rod hockey game models cost anywhere from $30 to $60 and are very similar in design to the pricier Stiga units.

The current bestseller on Amazon is the Stiga 37 inch NHL Stanley Cup game which sells for over $100. The game features players outfitted in Toronto Maple Leafs and Detroit Red Wings uniforms. Alternate team figures can be purchased for $20 a pack.

A mid-tier bubble hockey table with pedestal will set you back close to $1500. As the player slots are all straight, gameplay is much more akin to foosball units than the rod hockey games from Franklin and Stiga.