In the 2014 German Supercup, Borussia Dortmund forward Pierre-Emerick Aubameyang scored to give his side a 2-0 lead over Bayern Munich. In his post-goal euphoria, Aubameyang revealed his true identity as a superhero wannabe when he donned a Spider-Man mask pulled from his sock.

Aubameyang’s crowd-pleasing shenanigans were just one example of the many videos linking the famed web-crawler to the sport of soccer. Maybe it’s the web-like netting of the goal that feeds the imagination…

Also in 2014, Barcelona FC players Andrés Iniesta and Víctor Valdés faced off against Real Madrid’s Álvaro Arbeloa and Diego López, while decked out in Spiderman threads. 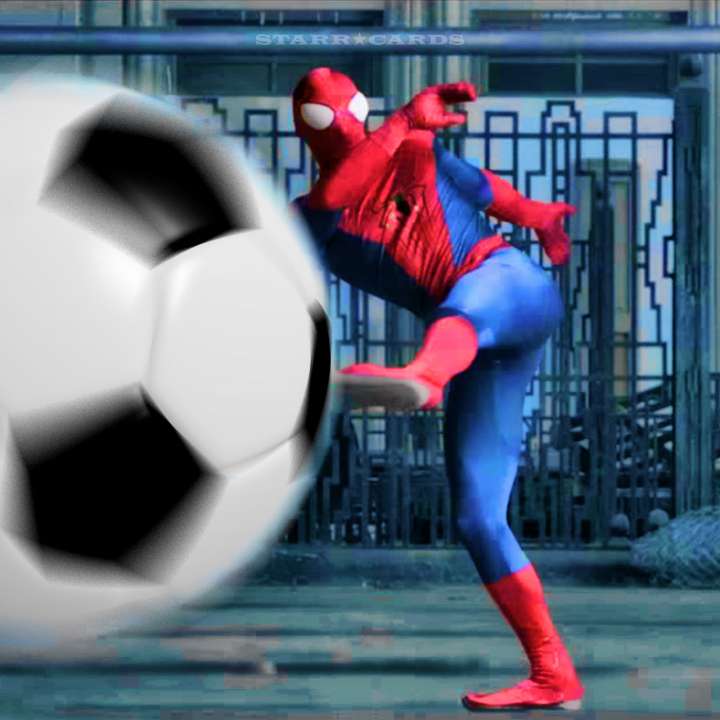 The winner of their match? Sony Pictures España, which garnered more than 2 million YouTube views on the advertisement plugging their mobile division.

In Paris, France, the Amazing Spider-Man has been known to play keep-away from onlookers courtesy the bedeviling soccer skills of Sean Garnier. Now you see it, now you don’t.

Meanwhile, if you ever find yourself Down Under in Surfers Paradise you just might stumble upon an Aussie Spider-Man showing off his fancy soccer footwork on Cavill Ave.