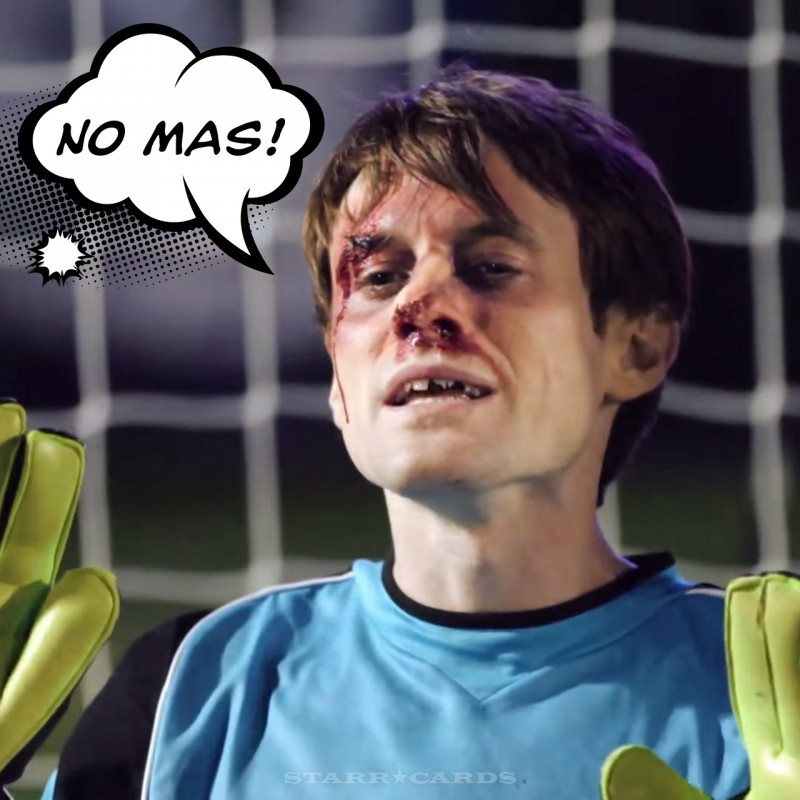 Evidently, the sporting public’s appetite for sadistic satire is insatiable as the video is nearing sixty-million views on YouTube. Sterling’s more recent foray into volleyball has proved similarly popular.

SEARCHING FOR THE NEXT TIM HOWARD

With legendary goalie Tim Howard unable to keep Trinidad and Tobago from finding the back of the net, the USMNT team could have used a goalie with the Sterling’s facial fortitude in their critical 2018 World Cup qualifying loss.

Horvath probably wants this one back. 🙈 https://t.co/kITOGZ9qhD

Ethan Horvath may or may not be the man for the Americans in the long run, but his start in international play hasn’t been particularly auspicious…