Team Edge (Bryan, J-Fred and Matthias) has moved on from giant-sized finger football and 3-way volleyball to explore the possibilities of supersized table tennis and beer pong (sans beer). 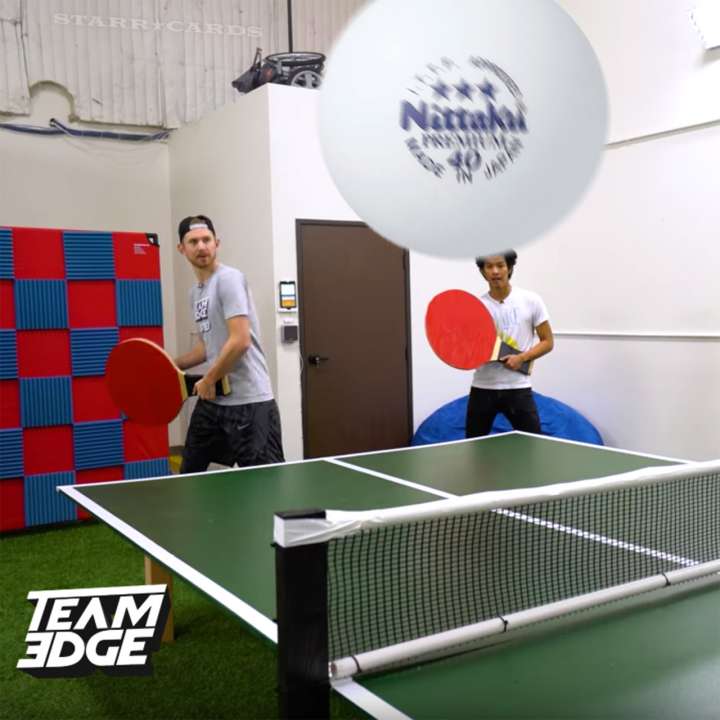 Next up was a game of giant beer pong (minus the beer) in which plastic waste containers took the place of cups. Team Edge added a diabolic twist to the game in which made shots invoked a variety of punishments for the opposing team that had to be endured for the remainder of the match.

Early on, J-Fred was saddled with a German/Russian accent, while Bryan had to play with plastic Hulk hands. 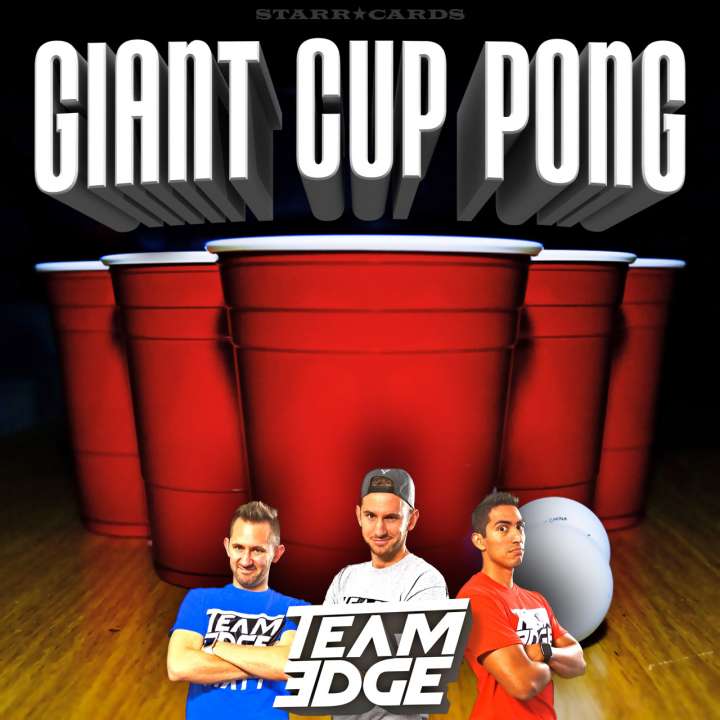 In a bit of false advertising, the video’s still frame features red plastic trash cans with white lining (in keeping with the ubiquitous Solo cups used for beer pong), despite black ones being used in the actual filming. For your own game of giant cup pong, red trash cans can be found at Walmart and lined with white trash bags.