Almost every sports fan is familiar with hallowed football (soccer) clubs like FC Barcelona, Real Madrid, and Manchester United, but do you know the most popular non-European clubs? 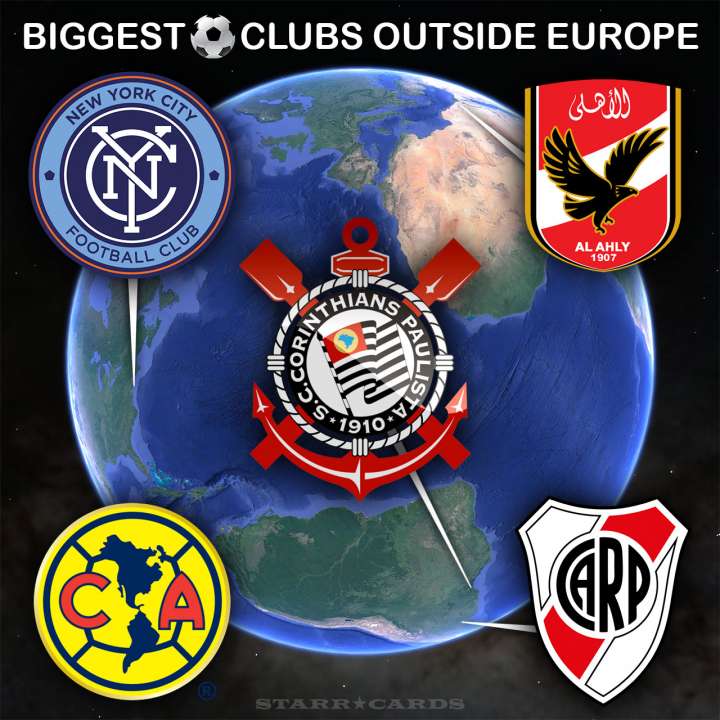 We start our tour of the biggest football clubs outside Europe, across the Atlantic in New York City…

The LA Galaxy may have the most MLS Cups of any team, but it’s relative newcomers New York City FC that has the most followers on Twitter and Instagram.

NYCFC’s Andrea Pirlo has the top-selling MLS jersey, with teammate David Villa’s threads not far behind.

Mexico City’s Club America rules supreme in the Liga MX. Las Aguilas as tied with arch-rival Guadalajara for the most league titles with twelve, as well as having a joint-record five Copa México titles, and five Campeón de Campeones cups.

Next up on our world tour, South America…