The last time we checked in with Team Edge they were playing (then smashing) miniaturized versions of ping pong, golf, bowling and football. Now they’re back with billiards played at various scales…

For Team Edge’s “Giant Soccer Billiards Challenge”, Bryan and Connor paired off against Gunner and Bryan’s younger brother, Marvin, and for tiny, then miniature, and finally giant-sized billiards games. 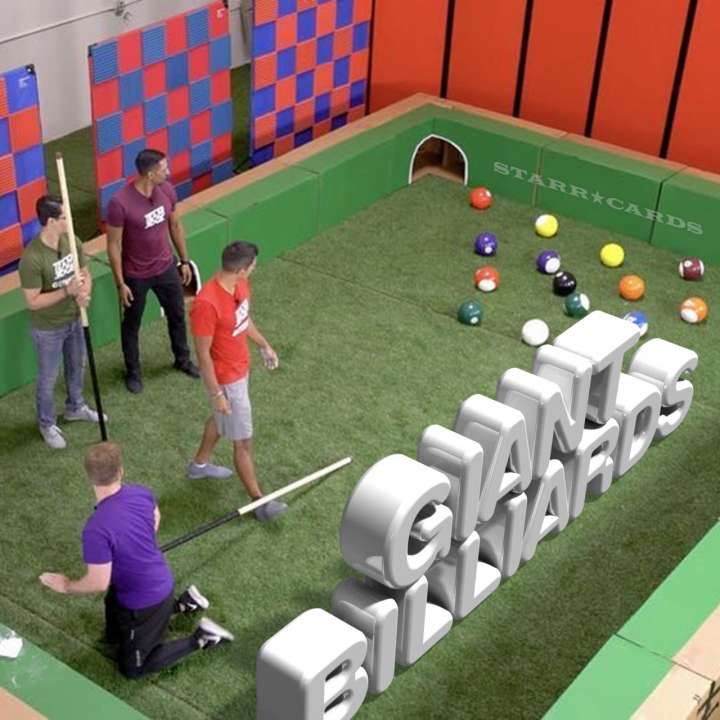 In the final version of the game, numbered soccer balls took the place of billiard balls and a Batman action figure, Hulk hands, battle axe and tennis racket replaced the cue sticks. Cheating was both rampant and blatant throughout the challenge, making it hard to declare a winner.