The last time we checked in with Team Edge (Matthias, J-Fred and Bryan) they were engaged in an epic giant-sized finger football battle versus Kids with Problems. Now they’re back, playing a intrasquad game of 3-way volleyball in their new warehouse.

The Valencia, California-based trio played three-way volleyball, culminating in an inverted version of the game using a helium-filled balloon. 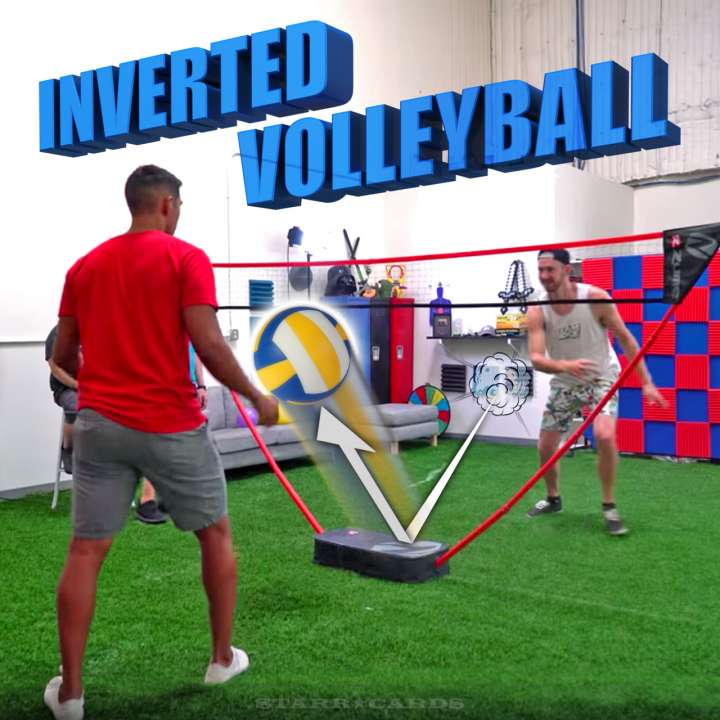 For more volleyball variants, check out the delightfully-bouncy balleyball and a four-way game played with a humungous ball.

Jessica Farewell and her friend unintentionally created an upside down volleyball tutorial that magically captures the charm of youth and technical challenges of recording video.