Wayne Gretzky has been skating by a number of talks shows to promote his new book, 99: Stories of the Game, which was released in conjunction with the 99th anniversary of the NHL. 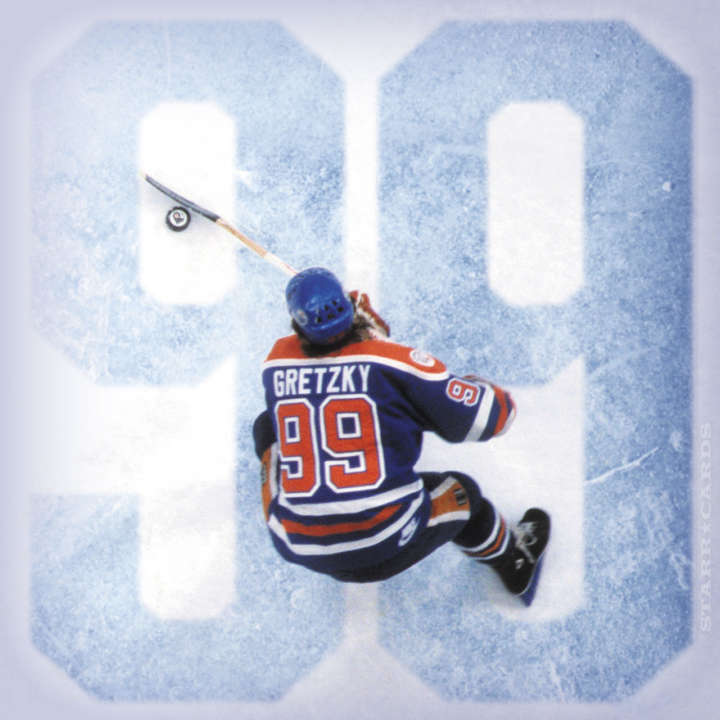 In chats with Stephen Colbert, Conen O’Brien, Graham Bensinger and Bill Simmons, Gretzky has dished on everything from his seemingly-audacious nickname to being humbled at the Hockey Hall of Fame.

ORIGIN OF A NICKNAME

Last month, Gretzky came on the The Late Show with Stephen Colbert where he explained the origin of his nickname. “The Great One” told Colbert that the name was bestowed upon him at the tender age of ten by a small-town newspaper writer.

''This guy wrote in the paper, 'Everyone should have their own nickname. A player of that caliber should have a name.' And he said, 'We'll call him the Great One.' And I remember thinking, 'Oh my goodness, I don't want that name,' and it stuck with me my whole life.''

— Wayne Gretzky, on how he got his nickname

On Conan, Gretzky shared with the host how an employee at the Hockey Hall of Fame taught the incognito hockey legend how to properly hold his stick at an interactive exhibit that allowed visitors to take shots on a goal.

''The kid who was directing the line came over and said, 'Sir, just move your hand down the stick a little bit.' I lifted my hat up and said, 'Okay, I'm out of here.'''

On Any Given Wednesday with Bill Simmons, Gretzky expressed pleasure with how far the NHL has come over its history, pointing to the success of sunbelt teams that were one thought incapable of competing with the traditional powers.

''First of all, we've come a long way from the years when it was just Bobby Orr and Gordie Howe and Detroit, Boston and Chicago. Last year, two teams in Florida, and three teams in California... five sunbelt teams made the playoffs.''

— Wayne Gretzky, on state of the NHL

Gretzky shared with Bensinger how emotionally invested he gets in future son-in-law and PGA golfer Dustin Johnson’s tournaments. So much so, that it hurts his stomach and he has to turn away at times.

''I never thought once I retired that I would have this same feeling going into tournaments that you're pulling so badly, and wanting someone to win so desperately that your stomach hurts when you're watching.''

On the CBC’s Q show, Gretzky explained his motivation for pairing with author Kirstie McLellan Day to write 99: Stories of the Game.

''I've been so fortunate the NHL has been so good to not only me but my entire family, that I just felt like I ought to sit down and write something that's fun for kids to read and get a knowledge of our sport, of our game.''