KHABIB AT THE MOVIES

UFC champ Khabib Nurmagomedov, who is likely to defend his belt again interim champion Justin Geathje following his victories over Conor McGregor and Dustin Poirier, reviewed a handful of popular romantic comedies for theChive a couple years ago — to hilarious effect. 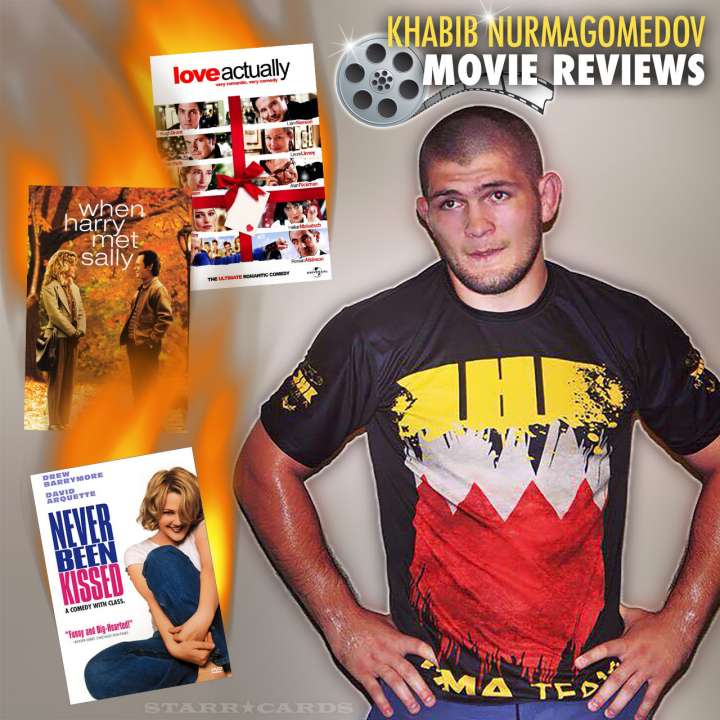 ''This is a movie about Dirty Harry? I don't give a sh*t about this movie.''

''I don't like watch movie about love. Too much movie make your heart weak.''

— Khabib Nurmagomedov, on Never Been Kissed