Team Ninja Warrior: College Madness turned to the Big Ten to find a fourth and final team to join Georgia, MIT and UCLA in its championship round. Obstacle racing squads from Michigan, Ohio State, Maryland and Wisconsin battled to the buzzer. 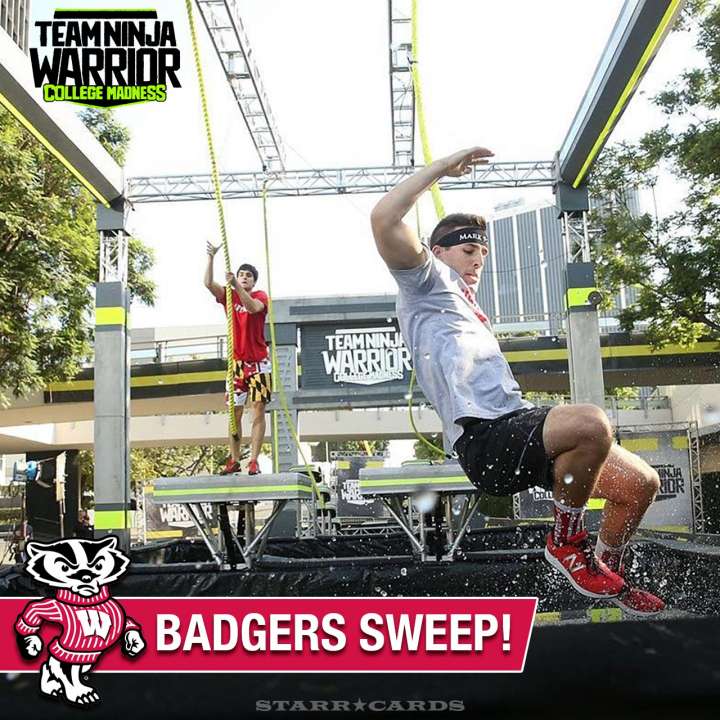 In the first two rounds of competition, the ninjas races side-by-side on a course comprised of six obstacles: the Sonic Swing, Ring of Fire, Swing Jump, Floating Tiles, Pole Grasper and, last but not least, the show’s signature Warped Wall.

Incredible run from Wisconsin's Taylor Amann! She pulled off the fastest time of any woman on the #CollegeMadness course! #TeamNinjaWarrior pic.twitter.com/islMFwa7Ab

The mighty team from Madison similarly dominated Michigan in the knockout round to head into the final relay race with a spotless record.

On the other side of the bracket, Ohio State made like their football team in dispatching with Michigan, before getting edged by Maryland by the narrowest of margins in their knockout battle.

Maryland’s surprise victory over the Buckeyes, set up a rematch with the Badgers to decide which team would represent the Big Ten in next week’s TNW championship. In the final relay race, the Badgers replicated their earlier success, trouncing the Terrapins once again.

With the way Wisconsin dominated the opposition, they have to be considered the favorites — barring injury — to claim Team Ninja Warrior‘s inaugural college crown. Tune in next week to find out what happens…