With LaVar and Lonzo Ball shoe deals pending, it’s ANW’s Lorin Ball that should get signed

With LaVar and Lonzo Ball shoe deals pending, it’s ANW’s Lorin Ball that should get signed

By now, everyone and their sports-loving grandmother are familiar with LaVar Ball and his three uber-talented, basketball-playing sons — Lonzo Ball, LiAngelo Ball and LaMelo Ball. But there’s another Ball Brother, albeit from another mother, who may be the most gifted of all…

While Lorin Ball may not be a blood relative of LaVar’s progeny, he’s got similarly jaw-dropping moves. The former breakdancer amply demonstrated his preternatural athleticism on the American Ninja Warrior Denver Qualifiers obstacle course. 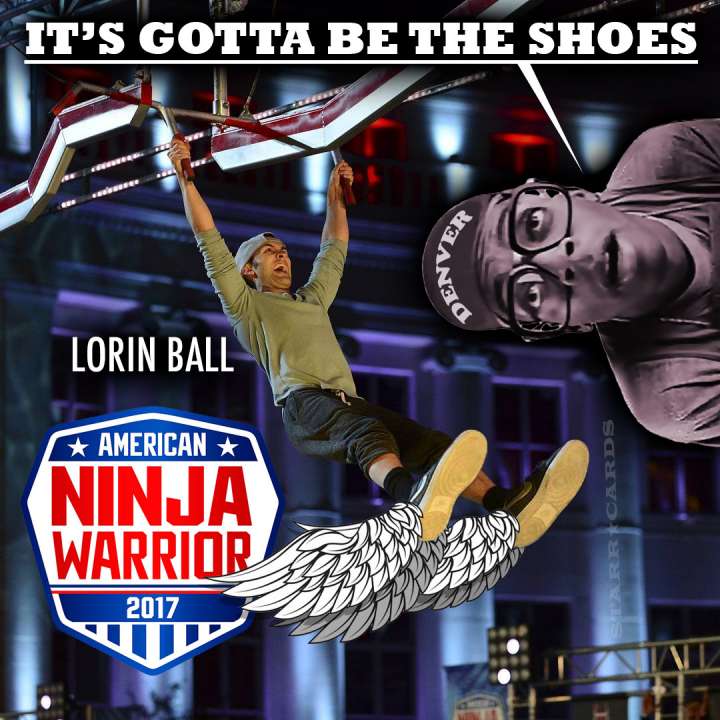 ''Lorin Ball is rolling. Long drop... and he's going to annihilate the fastest time. Lorin Ball the speed demon is back.''

Ball’s time of 1:42.89 was easily the fastest of the eight competitors to finish the course, making him an instant favorite to shine again in the forthcoming City Finals. If Nike doesn’t get Ball signed to a shoe deal after this, LaVar should step in and set him up for his next run with Big Baller Brand sneaks.

As for the women competing at ANW’s Denver Qualifiers, perennial powerhouse Meagan Martin had the night’s best run.

Martin flashed her flawless physique on way to progressing to the penultimate obstacle, the Rail Runner. The budding sports fashion model made it to the latter half of the new obstacle before her grip gave way.