Three quarters of the infamous Banana Boat crew have reunited for sun and fun off the coast of Mallorca, Spain. LeBron James, Chris Paul and Dwyane Wade, minus Carmelo Anthony, have been partying it up on a yacht while exploring the creative possibilities of Snapchat filters.

Having 2 much fun on vacay with the crew…#Brotherhood

LeBron has made no secret that before his NBA career is over he would like to play on a superteam alongside his basketball buddies. With Wade available now, and Paul becoming an unrestricted free agent next year, one is led to wonder if the vacay actually a recruiting junket wherein James is extolling the charms of living on the shores of Lake Erie? 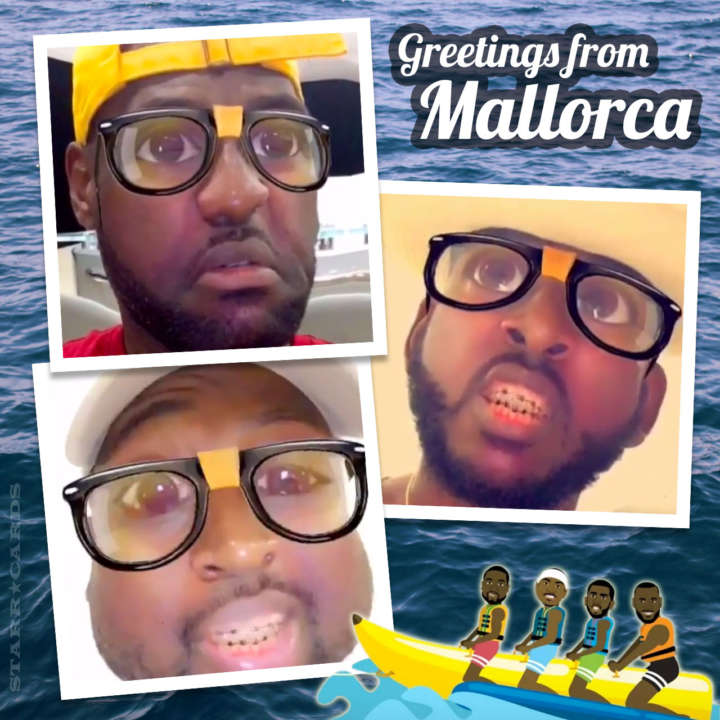 ''If you got an opportunity to work with three of your best friends, you take it, no matter what. It's not even about sports. It's about being around guys that you don't even have to say nothing — you automatically know.''

— LeBron James, on playing with Paul, Wade and Anthony

Of course, the ideal lineup for the Cavs would be to have LeBron James play all five positions, but even if the cloning technology were feasible, the wee Brons would need three decades to catch up with the original model.