For some time now, Aaron Kyro, the founder of Braille Skateboarding, has been inviting his YouTube channel subscribers to send in skateboards (or parts thereof) for himself and friends to try skating — and breaking.

The majority of these box breaks and subsequent test rides featured here were filmed at Lake Street Skatepark in Los Angeles. Although, if you want to check out Kyro and the Braille Army trying out new boards, you would have a better shot seeing them on their home turf at Fremont Skate Park in the Bay Area. 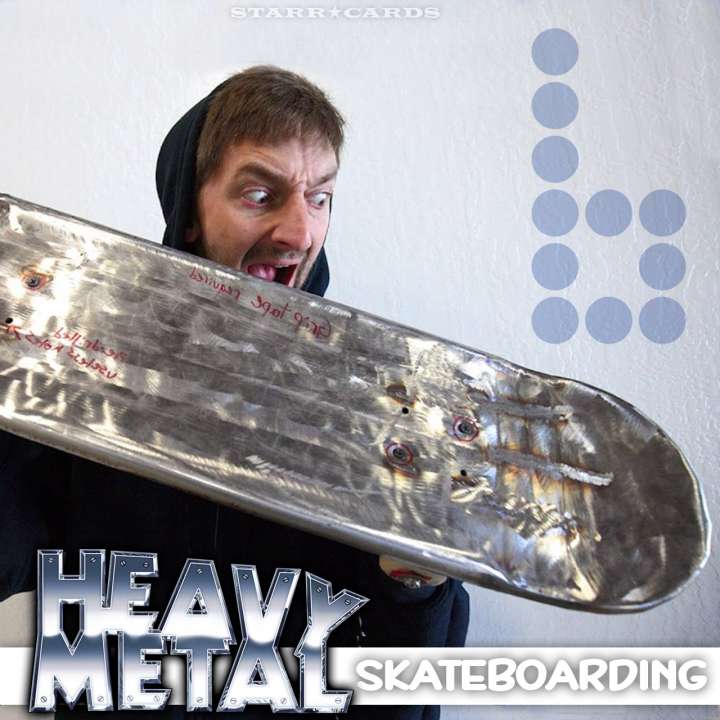 One of the persistent themes of Braille’s You Make It, We Skate It series, is skateboards made of metal. They’ve received boards made from stainless steel, rebar, copper pipe, a metal rod, and even aluminum.

Clay used copper pipe for his skateboard creation, which makes some sort of occupational sense considering he’s a plumber by trade.

Max and Connor, underground electronic musicians from the Seattle-area, sent in a skateboard deck made from heavy rebar.

Clearly, Connor enjoyed making the board.

The enigmatically-named Bones sent in a board made of 14-gauge 304-grade stainless steel which looked like something the Silver Surfer would approve of.

Douglas from Retro Weld went all out in creating a fully-appointed longboard deck from a thick sheet of aluminum.

More recently, Douglas submitted another metal skateboard — this time in the form of a big-ass wrench.

The heavy, narrow board proved to be hard to perform tricks with, meaning Retro Weld literally threw a wrench into the works with their latest offering.