In the original version of the thrice-remade movie A Star Is Born, a teenaged girl moves from North Dakota to Los Angeles to pursue her dream of stardom. Malea Emma Tjandrawidjaja, on the other hand, already lives in LA and became a household name at the tender age of seven.

After winning a singing contest in 2017, Malea Emma was invited the following year to perform the United States national anthem at a LA Galaxy game and she made the most of her opportunity. 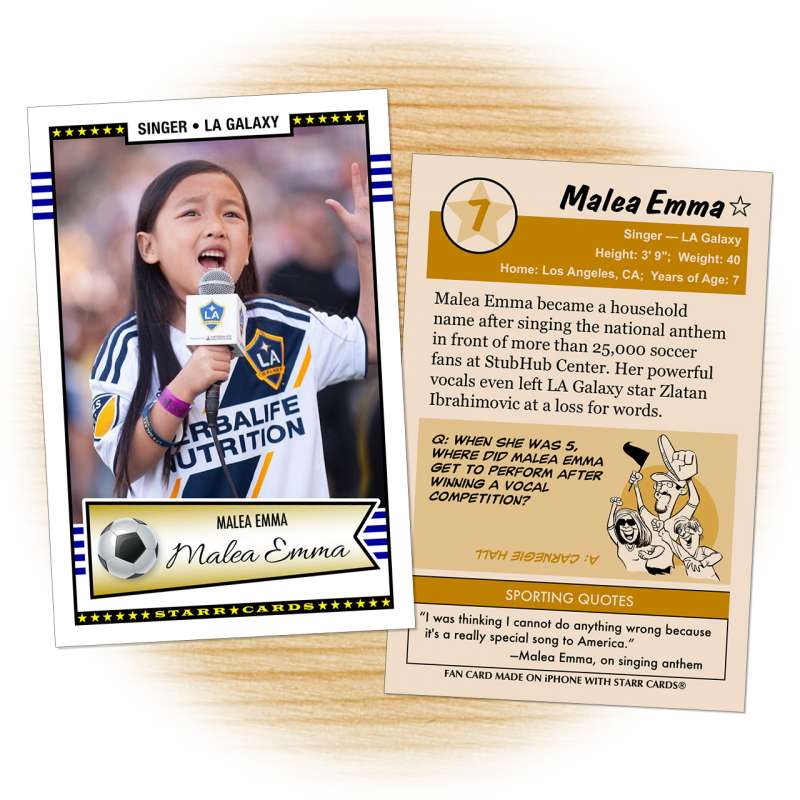 ''She's been singing forever, basically before she could speak. Sometimes we have to tell her to be quiet.”

Malea Emma, who started singing when she was just one year old, hummed a few notes before launching into a scintillating rendition of the Star Spangled Banner, complete with growls and an ascending high note.

Before the match, Malea Emma got to pose with LA Galaxy star Zlatan Ibrahimovic. After the match, the legendary striker declared the pint-sized powerhouse as the true MVP of the game.

More recently, she got to meet former Galaxy star David Beckham and his wife Victoria aka Posh Spice. Who knows, at this rate, Malea might be in line to be in the next generation of Spice Girls.