In a special “USA vs. the World” episode on American Ninja Warrior, obstacle-racing superstar Jessie Graff made yet another bit of “herstory” when she completed the Stage 2 obstacle course.

Last season, American Ninja Warrior enjoyed another record-breaking run in no small part due to its fantastically-gifted female competitors, and perhaps none more so than Graff. The former pole vaulter became the first woman in show’s eight years to complete Stage 1 at the Las Vegas National Finals.

Earlier in the season, she was the first competitor of either sex to complete a tough City Qualifier course in Los Angeles.

With each new success, Graff — who works in the film industry as a stunt woman — is adding to the legion of fans that are inspired by her exploits, and being inspired in turn to keep pushing the boundaries.

Talk about overcoming adversity, @prayersforemilyjanelle is a true #wonderwoman! Thanks for my awesome #supergirl bracelet, Emily!

Thank you so much to everyone who cheered me on in the @nbcninjawarrior #LAFinals this week! Especially the mini #supergirls and #wonderwomen! I'm so grateful for the messages and support, and overwhelmed by the awesome pics of so many amazing #littleninjas! #THANKYOU!

Intentionally, or not, Graff’s groundbreaking performances on ANW are redefining the relationship between women and sports at large — one obstacle at a time.

For years, the participation of women in sport was frowned upon, actively discouraged, or banned outright. As resistance lessoned, women’s versions of the major sports proliferated, including women’s tennis, women’s golf, women’s basketball, women’s soccer, etc. But even as the number of girls involved in sports skyrocketed, co-ed competitive sport remained a rarity.

Women like Babe Didrikson Zaharias, Toni Stone, Billie Jean King, Lisa Leslie and Ronda Rousey have all played a role in reshaping how women in sport are viewed. Now, Graff is on the vanguard of a select group of ANW women that are shattering preconceptions about the limits of female athleticism and power. 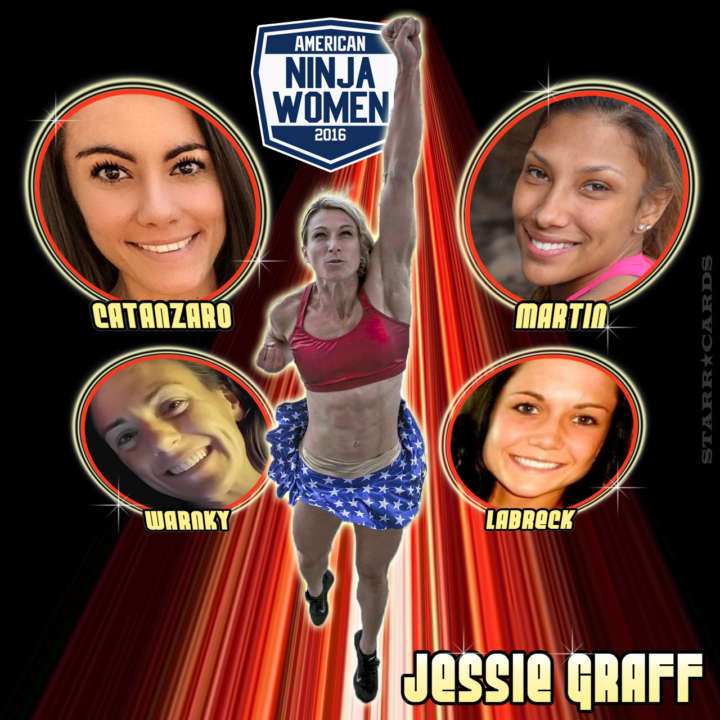 American Ninja Warrior and Japan’s Sasuke upon which it is based, took a somewhat novel approach regarding the gender of competitors — they outright ignored it. Rather than create modified versions of the courses for the women, or have the women compete amongst themselves, all racers competed on the same obstacles under the same conditions.

When young fans watch Graff, Kacy Catanzaro, Meagan Martin, Michelle Warnky and Jesse Labreck competing alongside elite male athletes (including former Olympians and pro athletes), and often outperforming them, the message is unmistakable — yes she can!