When he was sixteen, J.R. Smith’s mother took him to get his first tattoo — an image of Vince Carter dunking, with Carter’s name replaced by Smith’s on the back of the jersey. The Cleveland Cavaliers’ sharp-shooter used to think heavily tattooed players looked ridiculous, until he himself became a living object d’art. 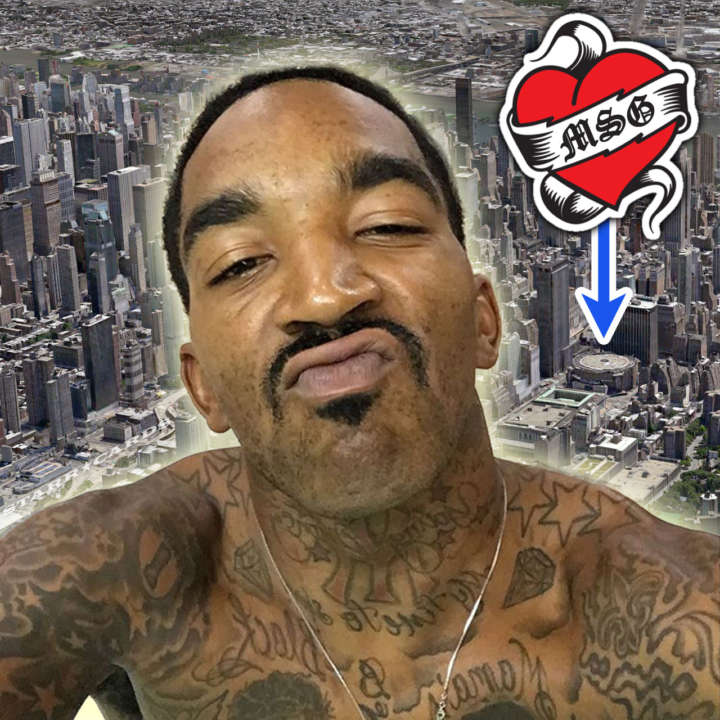 One of Smith’s most visible tats is the Yankees-logo inspired YM (young money) on his throat, a silent and prescient testament to his affection for the Big Apple, Madison Square Garden and erstwhile teammate Carmelo Anthony.

While Smith was none too happy about being traded from the Knicks to the Cavs last year, he has nonetheless flourished in the Rock and Roll Capital of the World, while metaphorically playing bass to LeBron James’ lead guitar.

Playing in Cleveland has its perks. Aside from likely getting to compete in the NBA Finals for a second straight year, Smith has been approached about appearing alongside James in Space Jam 2.

The sequel will reportedly be directed by Justin Lin, the Taiwanese forty-four-year-old best known for the Fast and Furious films and helming several episodes of True Detective.