Daniel Sedin, who laced up his skates alongside his twin brother Henrik for 17 years with the Canucks, is the team’s all-time leader in Point Shares with 123.1 for his career. Among the Swedish left winger’s many accomplishments in Vancouver, Sedin was a two-time All Star and helped lead the Canucks to the best regular-season record in 2011. 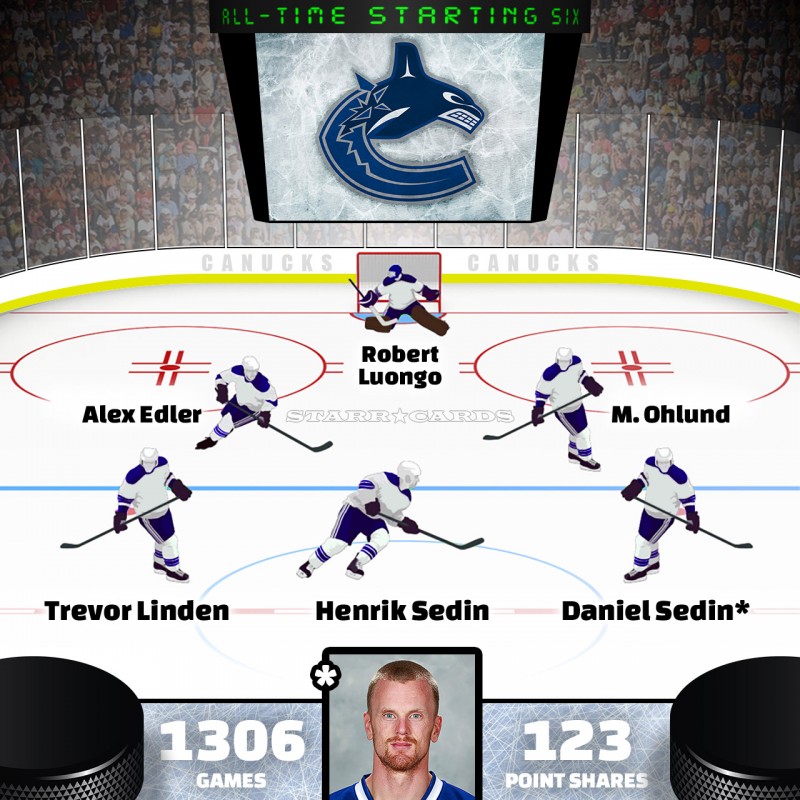