Last year, Geoff “Popeye” Britten utilized his famed forearms to become the first ever American Ninja Warrior contestant to scale Mt. Midoriyama at the Vegas Finals, but on this week’s episode of Team Ninja Warrior, Dillon Gates managed to outrace the legend in a nail biter.

Britten fell behind early in the obstacle course, but made up the lost ground on the Doorknob Hang to pull even with Gates going into the Warped Wall. Gates had a better approach going into the wall and made it up on his first attempt for the win. 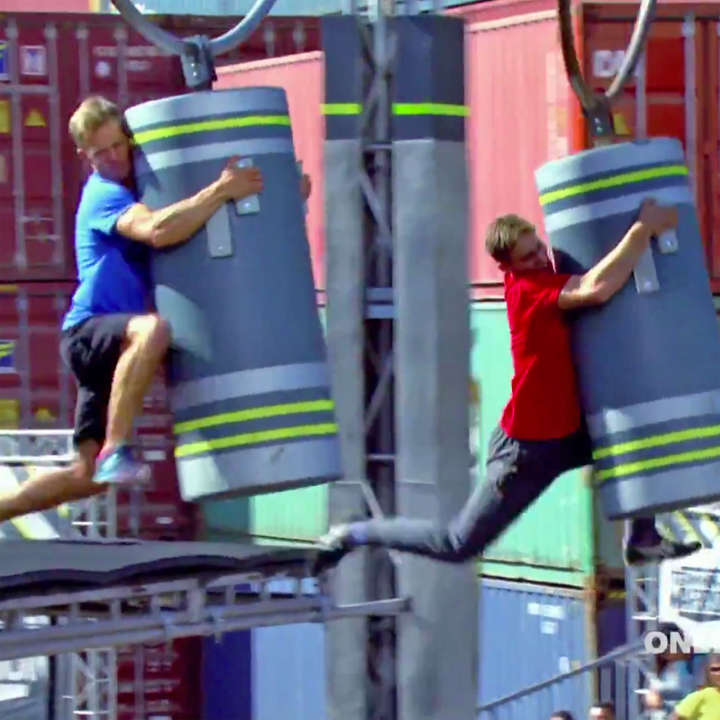 While Gates may not have Britten’s name recognition, his competency on the Team Ninja Warrior course was no fluke, as evidenced by his parkour training video posted to YouTube in 2014.

The purple-haired Lab Rats were victorious when anchor Chris Wilczewski surpassed Sann on the Salmon Ladder and maintained the lead to the buzzer.