Dominik Hacek, who frustrated opposing offenses for nine dominating years with the Sabres, is the team’s all-time leader in Point Shares with 116.3 for his career. Among the goaltender’s many accomplishments in Buffalo, Hacek was a six-time All Star, winning two Hart and six Vezina trophies. 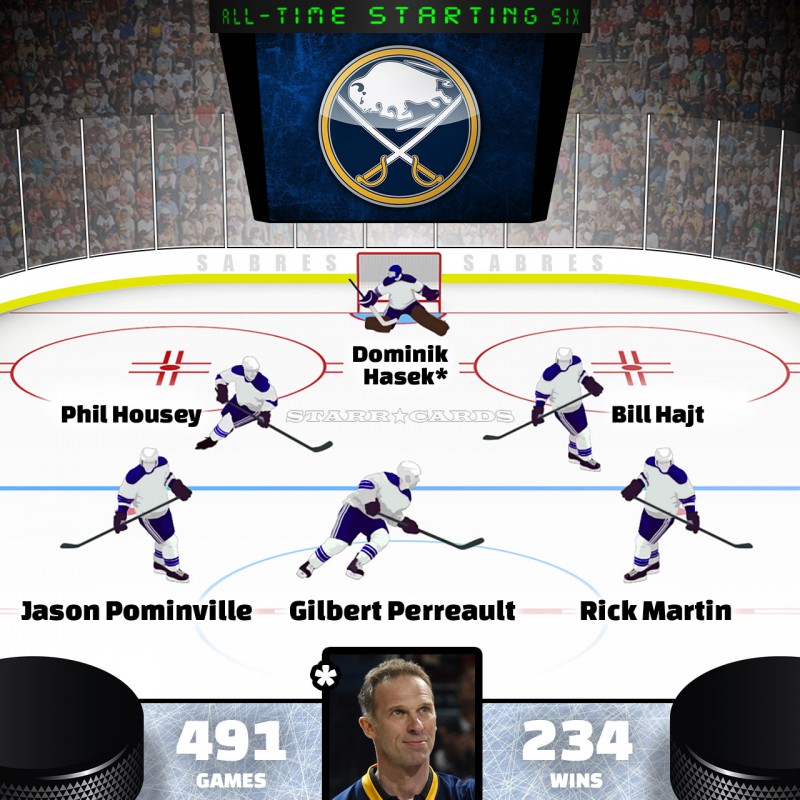