Retired NBA star Dwyane Wade already has a basketball impersonator in Brandon Armstrong (aka BdotAdot5), but in 2017 we discovered he also has a comedic doppelgänger in the form of Preacher Lawson. 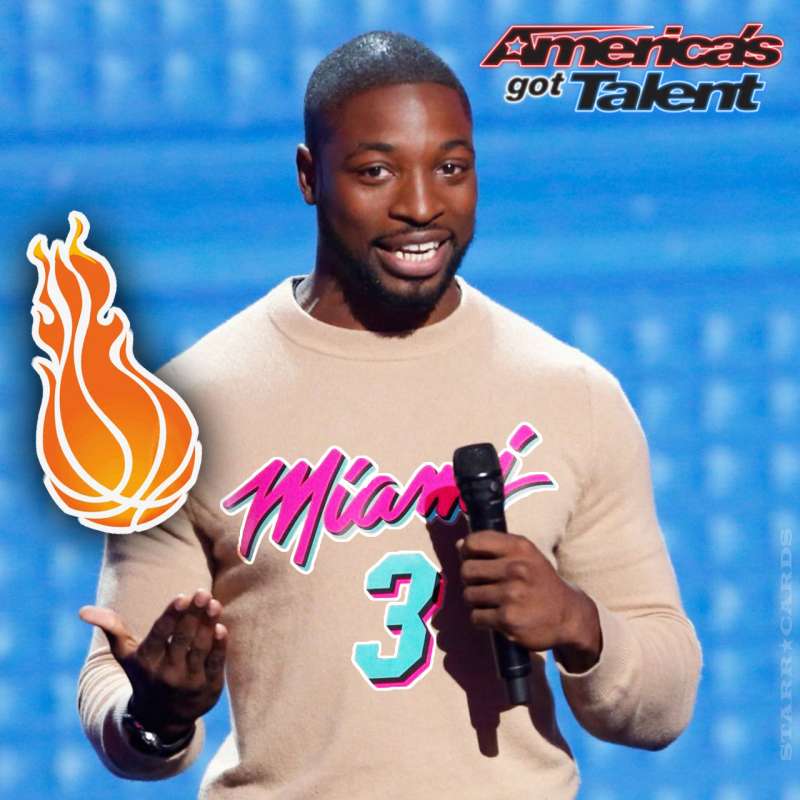 Lawson, a stand-up comic from Orlando — who happens to look a lot like Miami Heat legend Wade — slayed America’s Got Talent viewers as he advanced round-by-round through the competition all the way to show’s finale. In 2019, he returned to perform on The Champions version of the show…

AMERICA’S GOT TALENT: THE CHAMPIONS

In the backstory lead-in to Lawson’s peformance on AGT: The Champions, we get to see for ourselves that while he may look like Wade, he definitely cannot ball like Wade.

In his final set during his initial run on the popular talent show, Lawson’s recollection of a weird encounter with a mostly-naked stranger (he was wearing socks) left half the audience in stitches and the other half wondering what they had just witnessed.

I think this sums up the competition! Hahaha congratulations @itsdarcilynne well deserved! This has been the greatest experience of my life! Thank you to all the staff I love y'all so much and you don't get enough credit! I love y'all 🙌🏾❤️

While Lawson ultimately lost out to child ventriloquist Darci Lynne Farmer for AGT’s million-dollar prize, he left little doubt that his phone would be ringing off the hook with offers for stand-up gigs.

In Lawson’s semifinal routine he explained why he could never have children with Tyra Banks which subsequestly caused #foreheadcrew to trend on Twitter.

During the Judge Cuts, Lawson’s mother flew from China to watch in person as her son described being catfished by a woman met on an online dating site. His routine earned Lawson a standing ovation from judges Mel B and Simon Cowell.

Lawson’s America’s Got Talent audition left the judges wanting more. So much so, that Cowell requested he extend his set. Little could the wise-cracking vegetarian have known at that time just how much more air time he would be getting on AGT.

Lawson relocated to California from Florida to advance his career in comedy. Plenty of sports fans are wondering if Wade’s basketball career will follow a similar path with him suiting up for the Los Angeles Lakers after next season.