After months of playing footsie, this past week saw negotiations get underway in earnest for a possible mega fight between 49-0 boxer Floyd Mayweather and UFC champion Conor McGregor.

On Wednesday, Mayweather was the featured guest on ESPN’s First Take where he detailed the contractual terms lure him out of retirement to box UFC champion Conor McGregor. The terms he pitched had $100 million guaranteed for himself, $15 million for McGregor, and a split of the pay-per-view revenue.

''Dana White, the UFC — let's make it happen. Bring him over to the boxing world and I'll show him what it's like.''

Friday, UFC president Dana White appeared on The Herd where he countered Mayweather’s offer with one of his own — $25 million guaranteed for each fighter and a split of the pay-per-view to be determined.

White scoffed at the notion Mayweather would be the fight’s bigger draw, citing McGregor’s superior pay-per-view buys for his past two fights.

WHAT TIME IS IT?

Mayweather, contacted by TMZ Sports, didn’t mince words in responding to White’s counter offer, before repeatedly pointing to his watch to suggest the offer was no where rich enough.

The watch in question is the limited edition Hublot MP-05 LaFerrari All Black which retails for $345,000 but can be found on sale for a modest $247,990. At either price, the Hublot is one of the world’s most expensive timepieces. 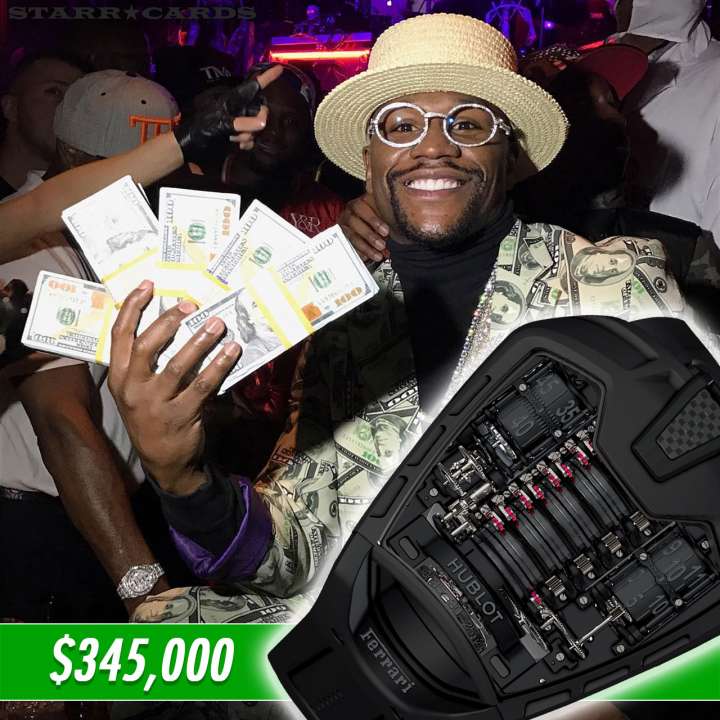