Becoming a great quarterback requires a whole host of skills, from the ability to quickly scan the field and read defensive coverages, to staying calm under pressure and delivering the ball in a tight window. But to become legendary, like Aaron Rodgers or Drew Brees you also need to be able to execute football trick shots. 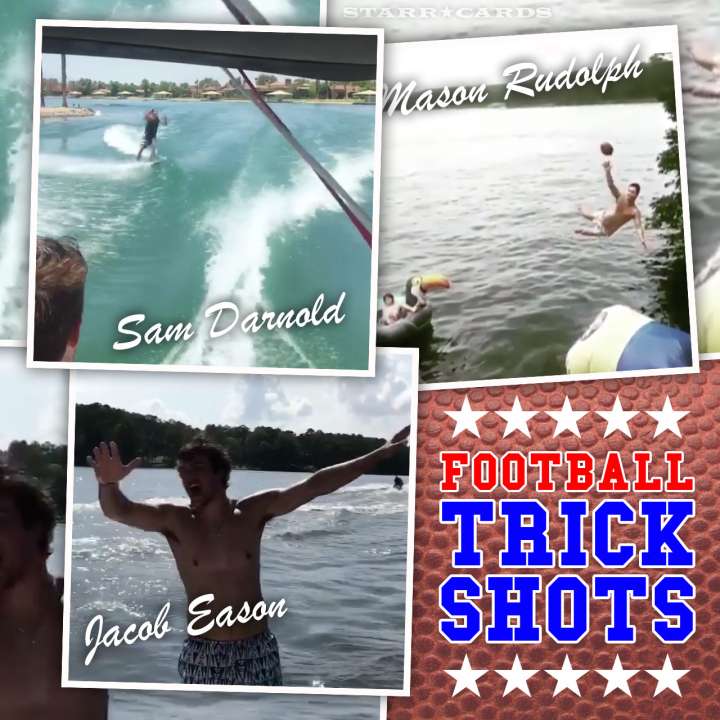 Eason came to Georgia by way of Lake Stevens, Washington, as the best pro-style quarterback recruit in the class of 2016. He enrolled early in the spring of 2016, and by the second game of the season became the starter. He led the Bulldogs to an 8-5 record, including a 13-7 win over No. 9 Auburn late in the season, and a 31-23 Liberty Bowl victory versus TCU.

Eason’s trick shot has him standing at the back of a boat, and tossing a bomb to jet-skiing tight end Isaac Nauta who makes the catch. All in all, a nice play, but pretty vanilla by trick shot standards.

As a redshirt freshman starter at USC, Darnold set multiple records. The Trojans went 9-1 after Darnold took the starting job in mid-September, and finished the season with a thrilling 52-49 win over Penn State at the 2017 Rose Bowl.

For his trick shot, Darnold chucks the ball from the back of a motor boat pulling USC volleyballer Sean Morrissey on a surfboard. Morrissey gets props here for going airborne to haul in the ball. Is there an opening at tight end on the football team?

Rudolph was only the player in the country last year to have at least 4,000 passing yards and less than five interceptions. He led Oklahoma State to a 10-3 record as a junior, including a 38-8 drubbing of Colorado in the Alamo Bowl.

In terms of trick-shot creativity, Rudolph and friends take the cake with a multi-part production that required exacting planning and execution, which is what one would expect from a senior.