This Saturday night at T-Mobile Arena in Las Vegas, lightweight champion Khabib Nurmagomedov will make his second title defense when he faces former champ Conor McGregor. In the co-main event, two other former lightweight champs, Tony Ferguson and Anthony Pettis, will square off to determine the next challenger to the throne.

Khabib has been unstoppable on his way to the UFC title, and on October 6 will look to extend his record to 27-0 against a fierce rival. 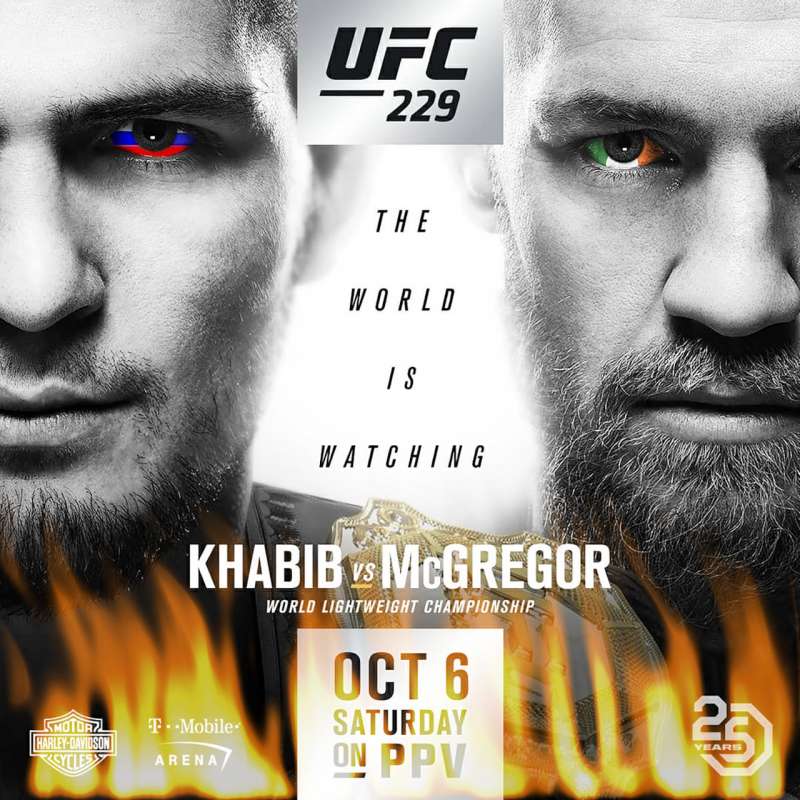 With a potent mix of skill, confidence, and character, McGregor has transcended the sport and become a global superstar. But with the lightweight gold now in Khabib’s possession – The Notorious one is back in an effort to reclaim what was once his.

Ferguson (23-3 MMA, 13-1 UFC) is returning to action after a knee injury forced him to miss his date with Nurmagomedov in April. No. 10 Pettis (21-7 MMA, 8-6 UFC) is looking for a second straight victory after submitting Michael Chiesa in July.

Former lightweight champions Ferguson and Pettis prepare in their respective hometowns for a high-stakes co-main event. And two-division champ McGregor returns to form, gathering his team for a late-night training session in Las Vegas.

On Episode 2, Nurmagomedov takes in BJJ and BBQ with the Vegas branch of his MMA family, while former two-division champ McGregor tapers his training at the UFC Performance Institute.

Ferguson stays sharp with elements of basketball and rola bola, while opponent Pettis keeps comfortable in combat at his longtime Milwaukee gym. Strawweight star Michelle Waterson kicks off her fight week with a song.

On Episode 3, McGregor arrives in style for autographs and drills at UFC headquarters. Ferguson gets light therapy, as opponent Pettis journeys to Las Vegas alongside his brother, UFC 229 flyweight Sergio Pettis.

More main card fighters check in, including strawweights Waterson and Felice Herrig and heavyweights Derrick Lewis and Alexander Volkov. Post-photo shoot, Nurmagomedov gets a first look at the custom jewelry he inspired.

On Episode 4, Waterson talks life at strawweight during a workout at the UFC PI. Pettis and Ferguson train ferociously for their upcoming showdown, while Lewis picks up a good luck hat.

McGregor loads his family up for a ride to open workouts, where he and Nurmagomedov whip the crowd into a frenzy.

On Episode 5, opponents sound off at Ultimate Media Day before facing off. Matchups include lightweights Ferguson and Pettis, strawweights Felice Herrig and Waterson, and heavyweights Lewis and Volkov.

At a packed press conference that afternoon, Nurmagomedov and McGregor say their pieces but don’t share a stage; Nurmagomedov sticks to his schedule and leaves long before fashionably late McGregor gets to the Las Vegas Strip.

On Episode 6, Waterson welcomes her daughter and mother to Las Vegas, before all of the fighters on the UFC 299 card make weight on Friday morning.

Nurmagomedov celebrates making weight with chocolate, as opponent Conor McGregor’s team relaxes at home. Later in the day, opponents square off in front of a raucous crowd at T-Mobile.