Normally the arch nemesis of the bowling ball is a bowling pin, but the trick shot trio known as How Ridiculous decided to pit the three-holed balls versus a trampoline and an axe blade.

Before dropping a bowling ball on a trampoline from a 150-foot (45m) tall tower, Derek Herron (the official ball dropper) and Scott Gaunson wagered the ball would rip through the trampoline, while Brett Stanford predicted a high bounce with no damage. 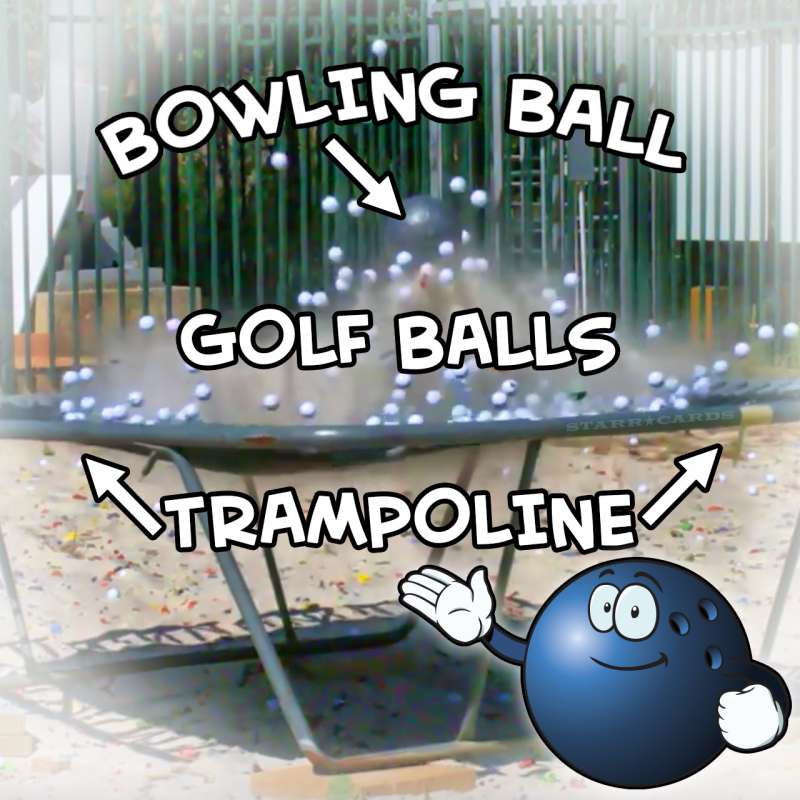 Stanford’s hypothesis — and the trampoline itself — held up as ball after ball bounced harmlessly rebounded harmlessly off the spring-supported canvas.

Earlier the How Ridiculous team had bowling balls take on an even more formidable foe in the form of an upturned axe blade. Predictably, the balls were sliced and diced when dropped from the same tower, although none were split down the middle.