Every child that’s ever bounced a super ball has inevitably tried to see just how high it could go after being thrown hard against the pavement. Turns out really high bounces can be produced with a simple waist-level drop, a demonstrated by Physics Girl…

In a stacked ball drop, the compression of the lowest ball during impact with the ground stores elastic potential energy which springboards the higher ball(s) just at the right moment. 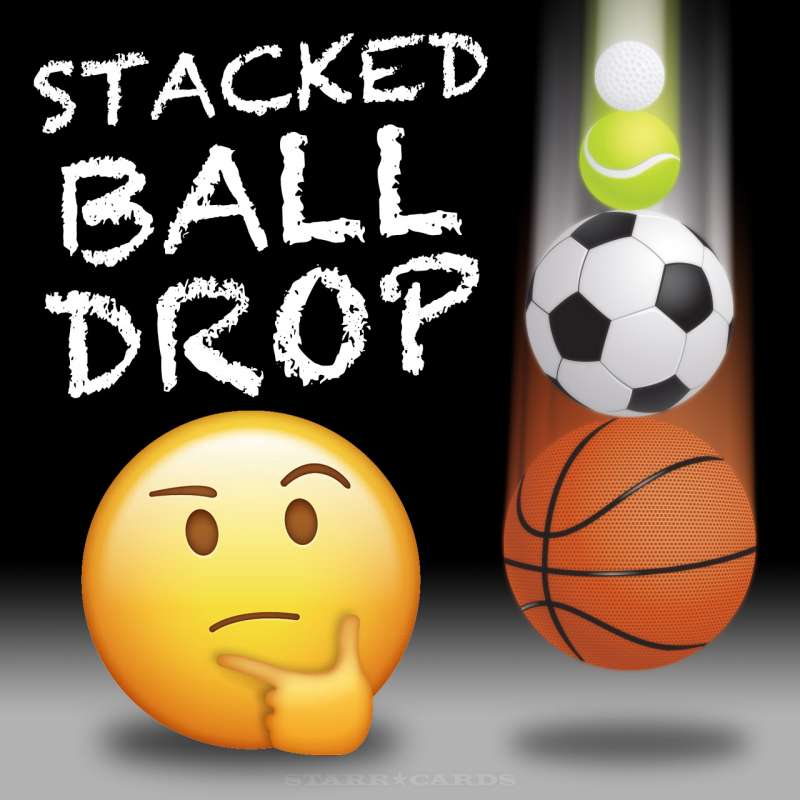 Further supercharging the bounce of the top ball is the fact that some momentum from larger lower ball(s) is transferred. In the case illustrated above where a baseketball, soccer ball, tennis ball and golf ball are dropped together, the golf ball’s velocity is given a huge boost due to the transfer of momentum from the more massive underlying balls.

Jared Keester, who teaches AP physics at Edmond Memorial High School in Oklahoma, demonstrated the principal described above using a stack comprised of a bowling ball, basketball, tennis ball and golf ball to send the latter orb more than 40 feet into the air.