Looking like a NBA star has produced mixed results for NBC’s recent talent-show contestants. Comedian Preacher Lawson, who bears more than a passing resemblance to Dwyane Wade, made a deep run on the 2017 edition of America’s Got Talent, while James Harden lookalike Nathan Graham was finished after just a single performance on the network’s other hit show The Voice.

Graham performed a gritty cover of Chris Stapleton’s “Nobody To Blame” on The Voice blind auditions, but failed to get any of the four celebrity coaches to turn their chair for him during the song. 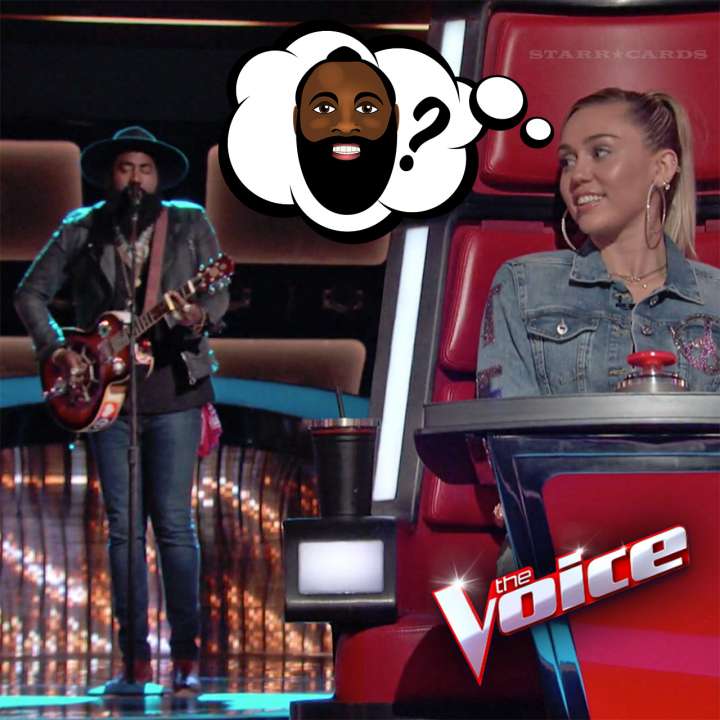 One wonders if the coaches had been able to see — and not just hear — Graham’s performance, would one or more of them have tried to recruit the impressively-bearded singer. As it was, Miley Cyrus lauded his bohemian growl, while Adam Levine encouraged the 27-year-old to just keep on singing.

Graham, who teaches guitar at a School of Rock franchise in his hometown Chicago, has no plans to give up gigging anytime soon.

Aside from performing with a blues-rock band, Graham has developed a nose and palette for wine and is studying to become a sommelier. Should he develop some rudimentary hoops skills, he could also supplement his income as a Harden impersonator a la basketball mimic Brandon Armstrong.