The highlight of MLB’s annual All-Star game festivities is undoubtedly the Home Run Derby, won in dramatic fashion this past summer by New York Mets rookie slugger Pete Alonso. The Korean Baseball Organization has its own All-Star derby of a decidedly different sort…

If the home run has an antonym it would have to be the bunt, and Korean baseball players have wholeheartedly embraced the art of the short ball. 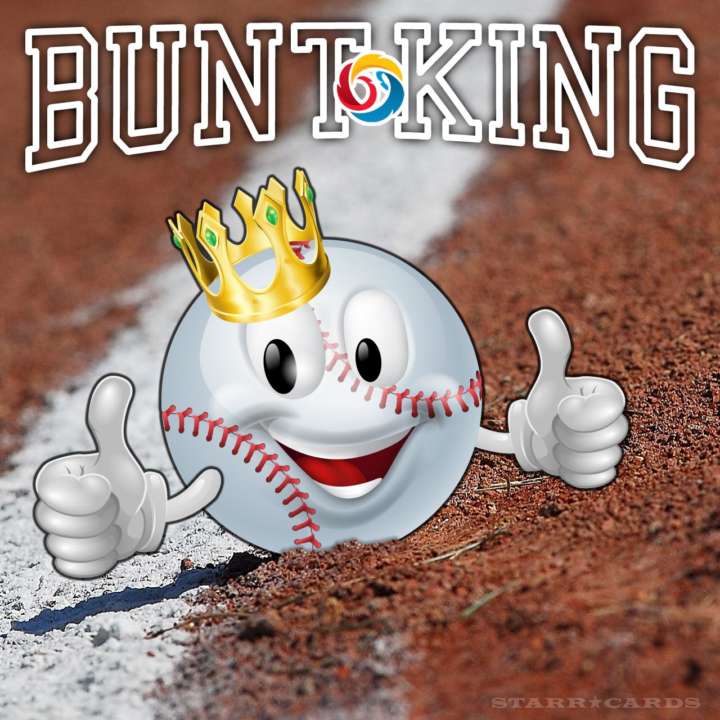 The KBO Bunt King derby challenges players to lay down beautiful bunts that would leave Rod Carew and Pete Rose green with envy.

While Harper did his best to launch every pitch into (and beyond) the outfield bleachers, KBO Bunt King Heo Kyung-min of the Doosan Bears endeavored to tap each of his hits an exact distance onto an infield target.

If you want to fully immerse yourself in the electric, heart-pounding atmosphere that is the KBO Bunt King derby, here’s a sampling of the event captured in 360 degree virtual reality.

Another competition unique to the KBO All Star Game is the Perfect Pitcher challenge, wherein players try to knock over a series of upright bats arrayed in a row across the batter’s box.

One of Heo’s teammates, infielder Oh Jae-won won the event by twice knocking over two bats with a single ball. Go Doosan!

If you still haven’t gotten your fill of softly-hit baseballs, try playing PlayStation’s MLB The Show with a self-enforced bunts-only rule.