Anyone who has played Halo knows that the video game’s protagonist — Master Chief — is a biochemically and cybernetically-enhanced supersoldier, raised and trained from an early age to be a weapon. What they might not know, is he is also quite adept with a hockey stick. 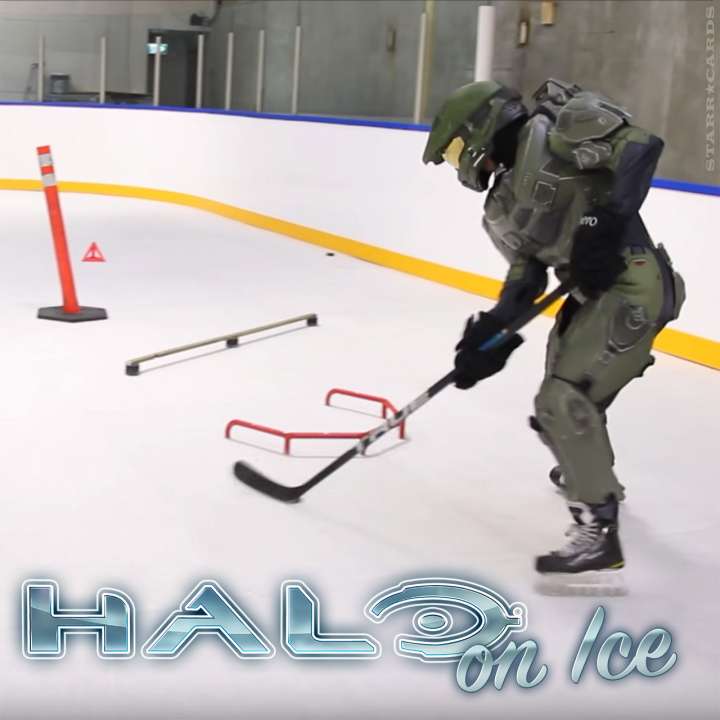 Underneath the Master Chief costume is Pavel Barber, a stick handling aficionado from Vancouver, Canada.

When he’s not dressing up like the hero from Halo, Barber enjoys going undercover as Joe Bender to torment unsuspecting Beer Leaguers.

One needn’t be a puck prodigy to enjoy a mashup of Halo and hockey. A couple years back, Turbtastic created a Halo 2 Anniversary mini game that’s a futuristic version of hockey played with guns instead of sticks. Happy shooting!