Last season on American Ninja Warrior, Geoff Britten became the show’s first competitor ever to make it through every obstacle course without a fall and ascend Mt. Midoriyama. This year, Britten, a sports cameraman by trade, is hoping to replicate his history-making run.

Britten and his wife Jessica drove from their home in Olney, Maryland to Philadelphia the day before their run on this season’s qualifier course. They spent the evening at a local ninja warrior gym called the Movement Lab where they got in some practice time on obstacle replicas, before hitting the hay at 3 AM. 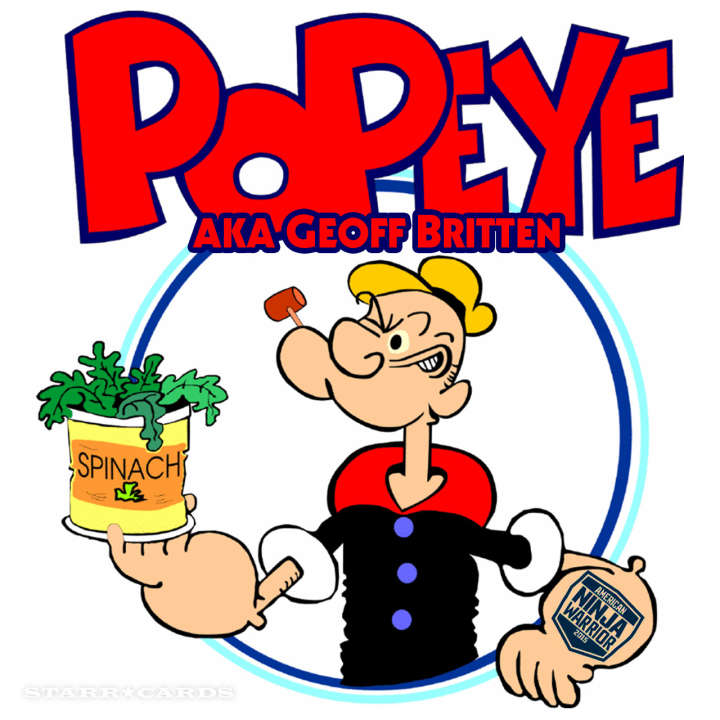 Nicknamed Popeye for his famously-fierce forearms and vice-like grip, it may come as a surprise to some that Britten experiences the same pre-race nerves of ANW rookies.

Moments before racing, Britten paced in the shadows listening to Avicii until the hairs on his arms stood on end, then it was show time…

NO BREXIT FOR BRITTEN

Despite his anxiety, the Philadelphia Qualifier course proved no match for Britten — he sailed through the obstacles in a time of 03:33.97. Popeye’s only slip up came at the end, when he whiffed on his first attempt to slap the buzzer to stop the timer.

Always seem to end up behind a camera, well, I am super comfy there. #Ninjabrittens #VegasBaby #cameraman #anw8

ANW veteran Ryan Stratis, who hitched a ride from the hotel to the Philadelphia Qualifier with Britten, battled through pain in his surgically-repaired shoulder to complete the course in 04:29.12.

Probably the most difficult and emotional run I've had in all 8 seasons. Thank you to everyone who has helped me during the surgery and recovery process. This victory was a joint effort, no way I could have done this alone. It was a hard fought battle but we did it!! On to city finals :). #ANW #AmericanNinjaWarrior #OCR #Rehab #StratisFaction

Atop the Warped Wall obstacle, Stratis let out his trademarked warrior’s cry.

Jesse LaBreck, by making it far enough fast enough on the Qualifier, was one of a record four women to advance to the Philadelphia Finals course. A former star track-and-field athlete at the University of Maine, LaBreck flashed her impressive musculature in navigating the new Wall Drop obstacle.

Joining LeBreck, Rachel Goldstein and Allyssa Beird in the final-bound female foursome, was popular ninja Michelle Warnky. Like LaBreck, Warnky was felled by the new Rolling Thunder obstacle, but not before wowing the crowd in tackling the Wall Drop.

My mom is crafty and creative and built an amazing replica of the @nbcninjawarrior #philly course for my bday a few weeks ago! I was blown away, so awesome (and delicious)!!! (if you're wondering, the 5th is missing because she couldn't figure out a good way to do it and had already spent a lot of time on it)

The secret the Warnky’s continued success? Thanks, in part, to a creative and crafty mother, she literally eats, sleeps and dreams all things Ninja Warrior. 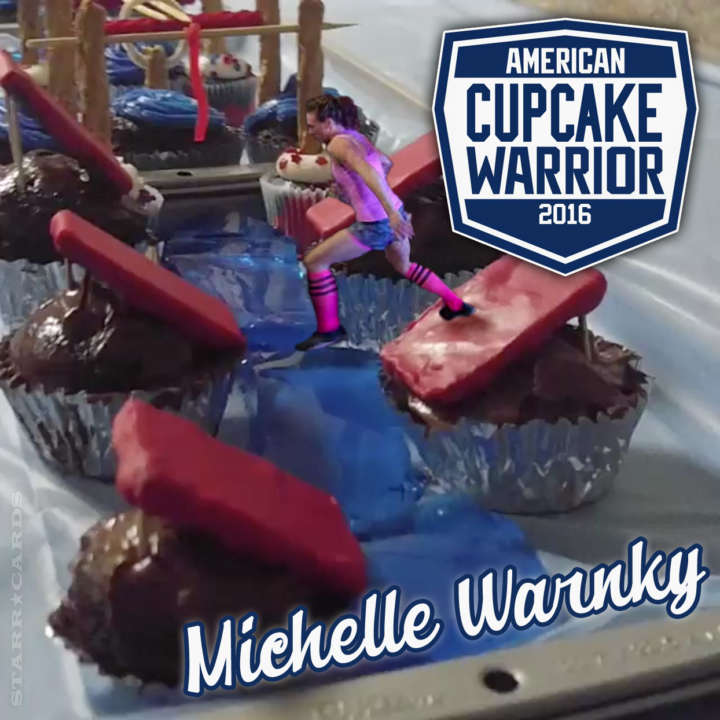