Matt Mitrione endured two eyes pokes in his UFC Fight Night 81 bout versus Travis Browne, but it was a right cross to the same eye that shattered his orbital bone and left the former NFLer with a horrific looking hematoma the size of a plum. 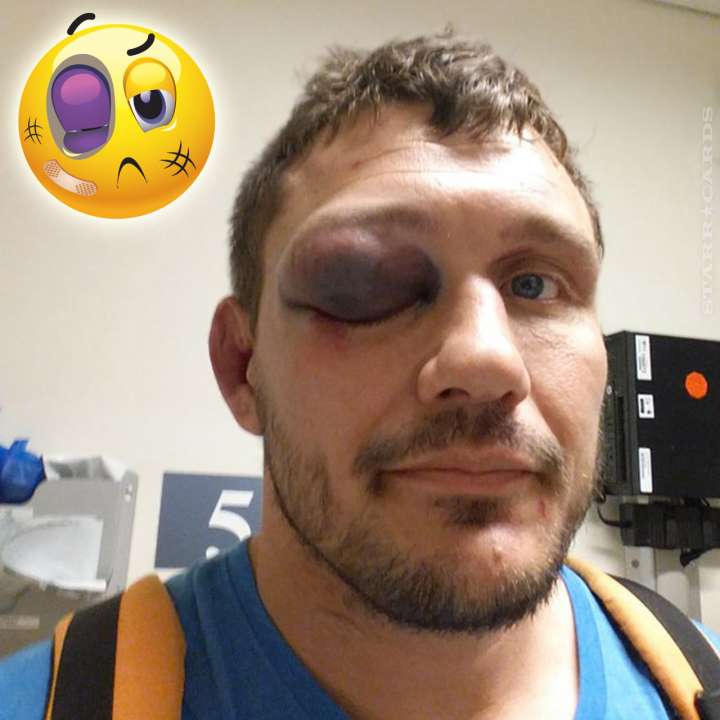 Mitrione (9-5 MMA, 9-5 UFC) indicated before the fight that he could walk away from MMA with a loss, and the eye injury would seem to push things in that direction.

The 6-foot-7 Browne (18-3-1 MMA, 9-3-1 UFC), who recently told TMZ that he is Ronda Rousey’s man, fielded questions on his apparent assault on Mitrione’s eye after winning the fight in the third round.

''Again, it's one of those things where in the cage, I was apologizing up and down to Matt because that’s not my game. I'm not a dirty fighter, and even in the fight, I'm like, 'Matt, I'm really sorry. I promise you I'm not trying to do that.'''