What do you get when you play a game of volleyball in which each player wields an exercise ball for hitting? You get a brand-spanking new game tentatively referred to by the pun-inspired moniker balleyball. 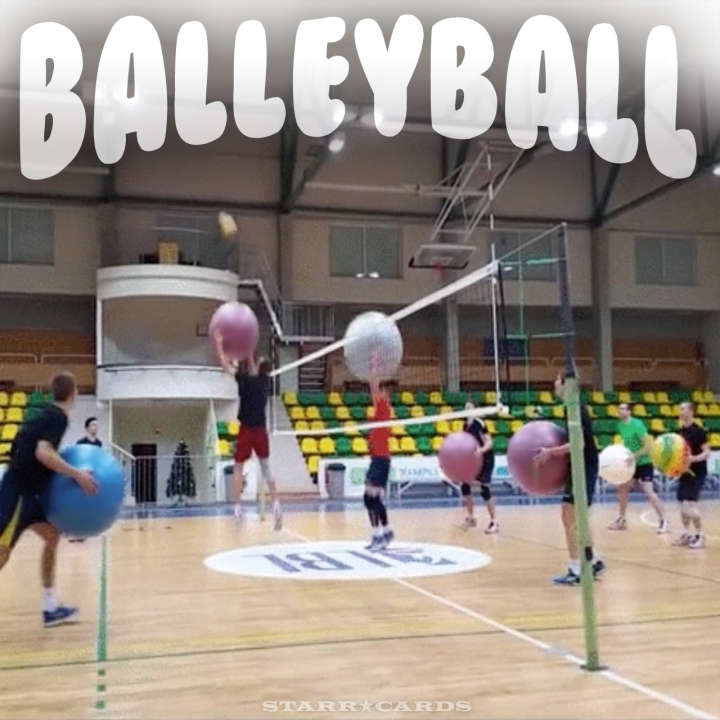 The genesis of the sport is unclear, but it is thought to have spontaneously appeared in the Latvian hinterlands.

Balleyball isn’t the only volleyball variant out there — there’s also four-way giant volleyball.

In order to play, one needs a large open field, plenty of participants, four nets and, of course, one humongous ball. It also helps to have lots of time, as a single point can play out over several minutes — like the one featured above that fails to conclude by the end of the video.