When the mercury hits triple digits and it’s hot enough to fry an egg on the sidewalk, daredevils are want to seek out cliff jumps with the doubling cooling effect of the drop and the splashdown. 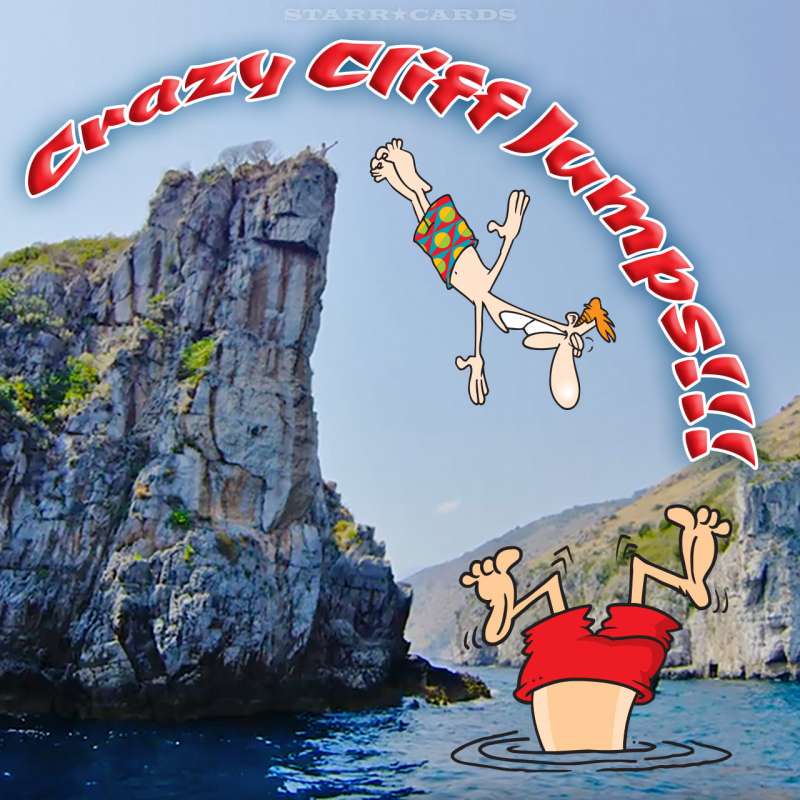 While 10-foot plunges can get the heart of a newbie racing, these dives start at 20 feet and go to 120 feet and beyond…

On an 2017 episode of GMA Road Trip, Klea Pineda was feeling adventurous, but had second thoughts upon seeing the 20-foot-high Ernest Point cliff. Watch the video to find out if Pineda, Arra San Agustin and Ayra Mariano ultimately took the plunge.

Meanwhile, in Anguilla, two days before LeBron James became a Laker, he became one of another variety. King James needed to seriously hype himself up before taking a plunge from 20 feet.

Another cliff jumping location in the Philippines offers drops of 15, 25 and 40 Feet. The daredevils featured in the above video jumped from all the different cliff heights surrounding La Union Waterfall.

In 2016, a mass gathering of the best divers from all over the United States assembled for one week in one of the most beautiful cliff jumping locations in the world known as Havasupai. While the falls itself is 93 feet (28.3 meters) tall, the adjacent cliff towers 120 feet (36.6 meters) above the water.

Adrenaline addict Chase Reinford flew to an undisclosed desert area in the Western United States to execute an insane 140-foot backflip. The impact of the water at the conclusion of his high dive left him feeling like his lungs were bleeding inside.