Could Jake Paul vs FaZe Banks supplant Mayweather vs McGregor as fight of the year?

Could Jake Paul vs FaZe Banks supplant Mayweather vs McGregor as fight of the year?

We’re less than a week away from the much-hyped fight pitting 49-0 boxer Floyd Mayweather versus lightweight UFC champion Conor McGregor. Three weeks later, fight fans will be treated to long-anticipated meeting between Gennady Golovkin and Canelo Alvarez. But it’s a third, yet-to-be-scheduled fracas that could eclipse both of these two for fight of the year.

20-year-old Jake Paul and 25-year-old Ricky Banks (aka FaZe Banks) are two of the hottest vloggers on YouTube. Last week a beef developed between the two after Paul posted a video alleging that Banks had assaulted Paul’s assistant at a night club — a charge Banks vehemently denied.

With bad feelings festereing following the charges, yet another vlogger, Yousef Erakat (aka Fousey Tube), proposed a celebrity boxing match betwixt the feuding parties to raise money for charity.

Adding another layer to the drama, Banks is currently dating Paul’s former girlfriend Alissa Violet. This would lead naturally to the first bout of the undercard being one in which Paul’s new bride Ericka Costell would lace up the gloves versus Violet. A second undercard fight could pit Paul’s righthand man Anthony Trujillo versus Banks’ buddy Bryan Le (aka RiceGum). 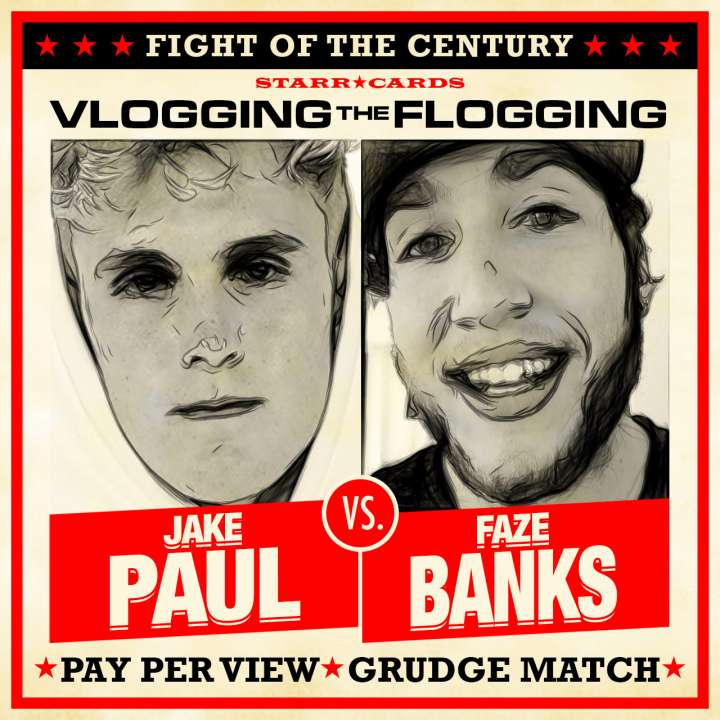 In the spirit of past mega-fight clashes with colorful rhyming schemes (e.g. “The Rumble in the Jungle” and “The Thrilla in Manila”) we propose the potential Paul-Banks fight be entitled “Vlogging the Flogging”. With a combined YouTube subscriber count of 20 million, a fight card featuring the young vloggers would have no problem selling out Staples Center and doing impressive pay-per-view numbers.