Hopping Humans: Is it possible to execute a box jump in excess of one’s height?

Hopping Humans: Is it possible to execute a box jump in excess of one’s height?

Until the advent of CrossFit, the standing box jump was not really a metric by which one gauged his or her prowess in the gym. But nowadays you’re just as likely to be asked what your best box jump is, as your max on the benchpress. So just how high can one go?

THE LIMIT OF LEAPING

The standing vertical jump is an important measure of an athlete’s explosive power and a critical test at both the NFL and NBA draft combines. So who jumps the highest? And what’s the limit? WIRED’s Robbie Gonzalez jumps in to examine the physics and physicality of maximum leaping ability.

While you might expect a pro football, basketball or volleyball player to hold the world record for the Highest Standing Jump, the mark actually belongs to a relatively unknown personal trainer from Canada by the name of Evan Ungar. 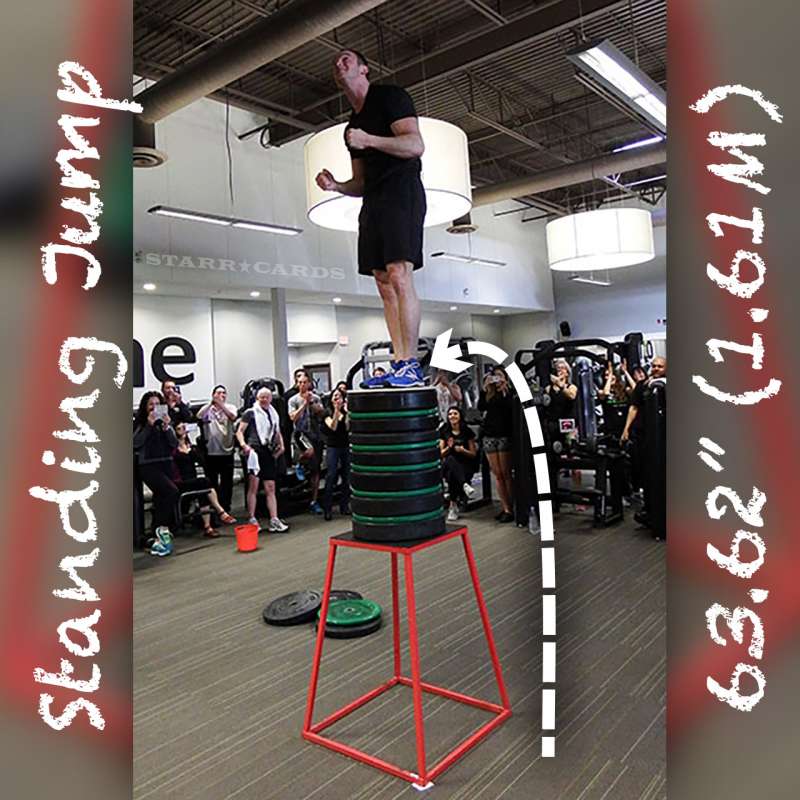 In 2016, at 24 years of age, Ungar managed a jump measuring 63.62 inches (1.616 meters) in height, breaking the previous record by more than three inches. Standing 5 feet 10.5 inches tall, Ungar is less than 7 inches shy of being able to jump his full height.