The American Ninja Warrior Venice Finals proved to be every bit as difficult as anticipated. As in the Venice Qualifiers, it was the trampoline transition between the hanging boards of the Hourglass Drop that felled the vast majority of competitors. 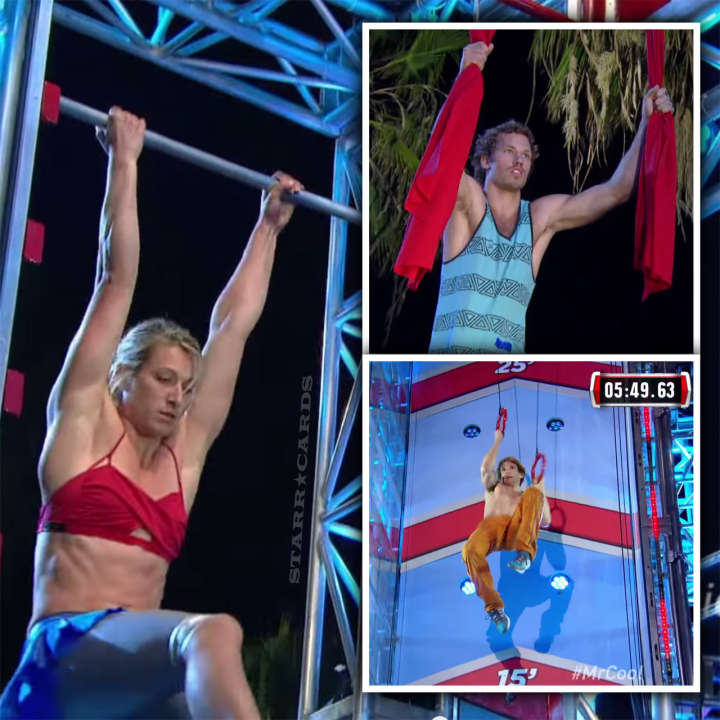 Stunt woman Jessie Graf and surprising rookies Grant McCartney and Nicholas Coolridge all completed the jump and much more in turning in the standout performances of the night.

The Ninja Warrior franchise has produced a number of female stars including Kacy Catanzaro, Katie McDonnell, Michelle Warnky and Meagan Martin. With her performance on Monday night’s ANW episode, Jessie Graff emphatically added her name to the list.

Graff, returning to the competition this year after rehabbing from injury, showed off ample upper-body strength in becoming the first contestant to advance to the new Clear Climb obstacle. A lack of hand holds on the line she chose caused her to succumb to gravity, but she left host Akbar Gbajabiamila speechless in admiration.

GRANT MCCARTNEY: FROM GRIEF TO GLORY

Grant McCartney lost both his mother and grandmother last year, but channeled his grief into a surprise finish in the Venice Qualifiers. At the Venice Finals, the athletic rookie put in another inspired performance to come within inches of advancing to the final obstacle.

Prior to making his run in the Venice Finals, Coolridge was profiled in a piece that highlighted the van dweller’s mastery of dumpster diving for food. He detailed the practice’s impressive etiquette which includes leaving the area cleaner than when you arrived and only taking as much as you can eat.

Coolridge is apparently finding plenty of healthy “free ninety-nine” foods in the “dump store” — the ANW rookie was the night’s only competitor to complete the devilishly-hard course.