Last season, NHL newbies Auston Matthews and Patrik Laine set the ice on fire on way while scoring 69 and 64 points respectively. This year’s rookie crop has not two, but three exciting newbies that have made their presence felt over the course of the 2017-18 season. 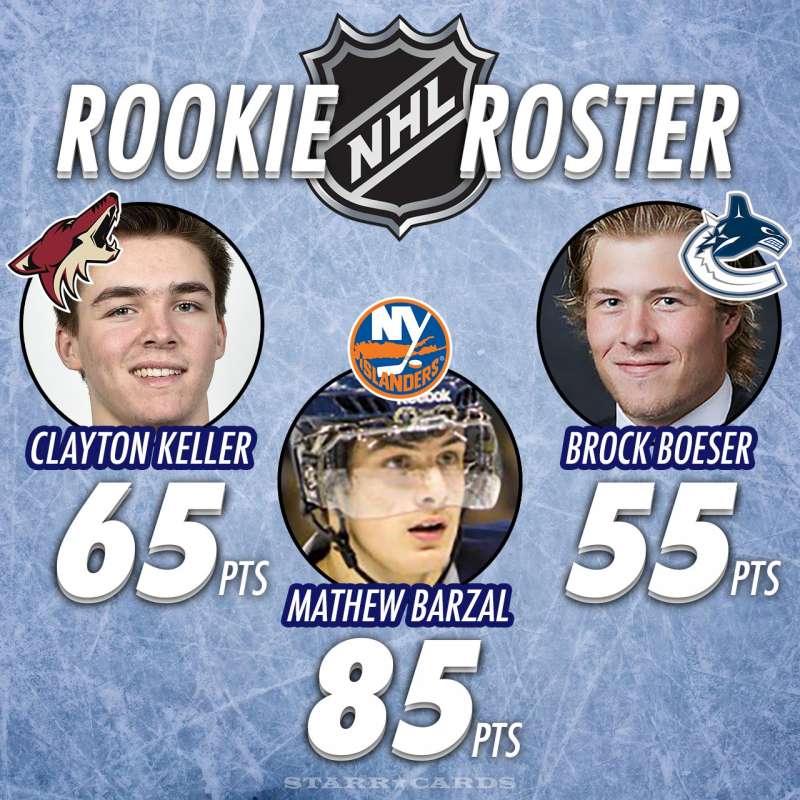 19-year-old Clayton Keller of the Arizona Coyotes, 20-year-old Mathew Barzal of the New York Islanders and 21-year-old Brock Boeser of the Vancouver Canucks, all look to be in the hunt for the Calder Memorial Trophy come award time.

Here are the final regular season tallies for the talented trio…

After a rip-roaring start that saw Keller score 17 points in 16 games, the October Rookie of the Month slowed down before rediscovering something of his early mojo in the waning days of 2017, and again to close out the season. Keller finished second among rookies in scoring, with 65 points to his credit.

Barzal, the No. 16 pick in the 2015 NHL Draft, had 85 points in 82 games and leads all rookies with a whopping 63 assists. Incredibly, he posted three 5-point games in his first season. With better than a point-per-game average the Isles right winger is odds-on favorite to win the Calder Trophy.

Boeser may already be the Vancouver’s best player, and was leading all rookies in scoring until he was sidelined by injury. Watch for the young right winger to power the Canucks back to the playoff contention in coming years.