Until 2006, the United States had dominated the World Lacrosse Championships winning eight of the first nine tournaments. Canada then claimed two of the next three championships, setting up an epic confrontation in 2018’s edition — and it did not disappoint.

With the WLC being played in Israel for the first time, Team USA and Team Canada both advanced to the gold-medal game from amongst a record-setting field of 46 nations. The United States entered the final with a perfect 6-0 record, while the only blemish to Canada’s account was a 11-10 loss to the Americans in pool play. 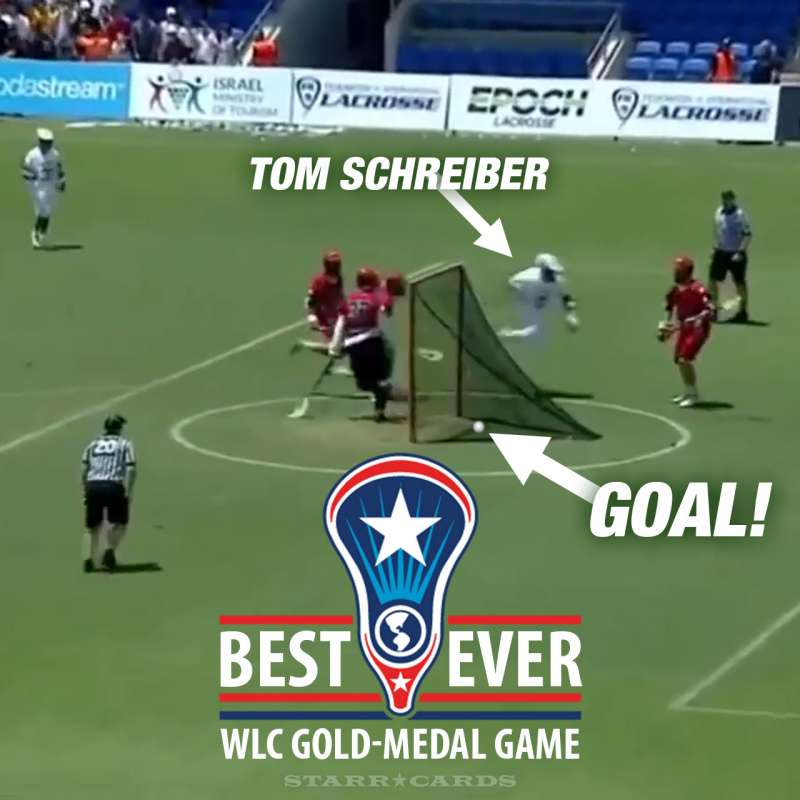 In the final, Team USA got on the scoreboard first with a goal from Tom Shreiber, followed four minutes later by one from Paul Rabil. Team Canada then took control with four consecutive goals, before the Americans answered back with a pair of their own to knot the score at four apiece.

''It's one of those things where it's shame when one team has to lose. The Canadian team played so well for so long, but at the end of the day our guys made one more play.''

Control of the game went back and forth with Canada gaining the advantage late when Mark Cockerton scored his second goal putting the defending champions up 8-7. With a little more than three minutes remaining, Ryan Brown scored for the Americans off an assist from Rabil to tie the game once again. The game looked to be headed to overtime until Schreiber scored his third goal — and the game winner — with just a second to go in regulation.

Incredible experience thus far in Israel. It’s an honor to wear the red, white & blue — and especially meaningful to reunite with my friends from the UG! 🇺🇸🇺🇬🇮🇱

At the end of the tournament, Team USA’s Michael Ehrhardt was named MVP, while Schreiber was awarded Outstanding Midfielder. Schreiber, a two-time Major League Lacrosse MVP who is considered by many to be the world’s best player, enjoyed getting the chance to reconnect with Ugandan players at the WLC.