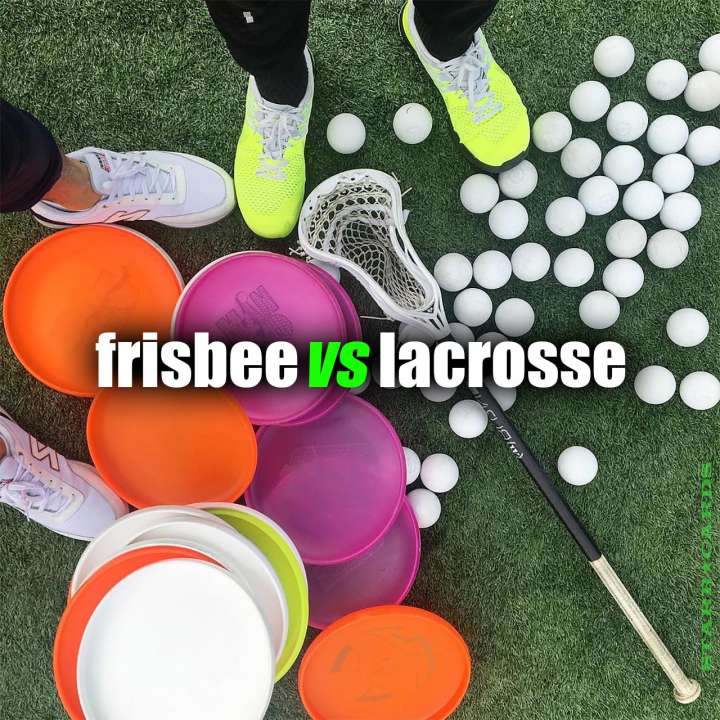 The pair met in New York City, for a three-round challenge combining elements of frisbee and lacrosse.

For the first round, Smith and Rabil were given half a minute to throw frisbees at three lacrosse goals; with the nearest worth 1 point, the middle-distance worth 3 points, and the farthest worth 5 points.

Before they got underway, Smith tutored Rabil in the proper way to throw a backhand wherein the index finger does not rest on the frisbee’s lip. Despite this, Rabil reverted to unschooled form on his first practice throw, missing the target wide right.

Unsurprisingly, Smith took the round 38 to 5 points, but the following round — wherein the frisbees were swapped out for lacrosse sticks and balls — was dominated by Rabil to cut Smith’s lead to 9 headed into the trick-shot round.

In the final round, Smith and Rabil challenged each other to perform trick shots with their favored implement. After battling it out on the Long Range Skipper-Dipper, Wall-Ball Goal, Multi-Bounce Wall Shot, Crossbar Challenge and Stick-Trick Action Shot, Rabil completed his comeback to win 67-66 and secure long-term bragging rights for lacrosse fans everywhere.