Lacrosse player Jackson Colling has thrice tasted the thrill of victory in a Florida state championship game, and now the Lake Highland midfielder is hungry for more. The 6-foot-1 senior is looking to guide a young Highlanders club to a fourth state title in four years. 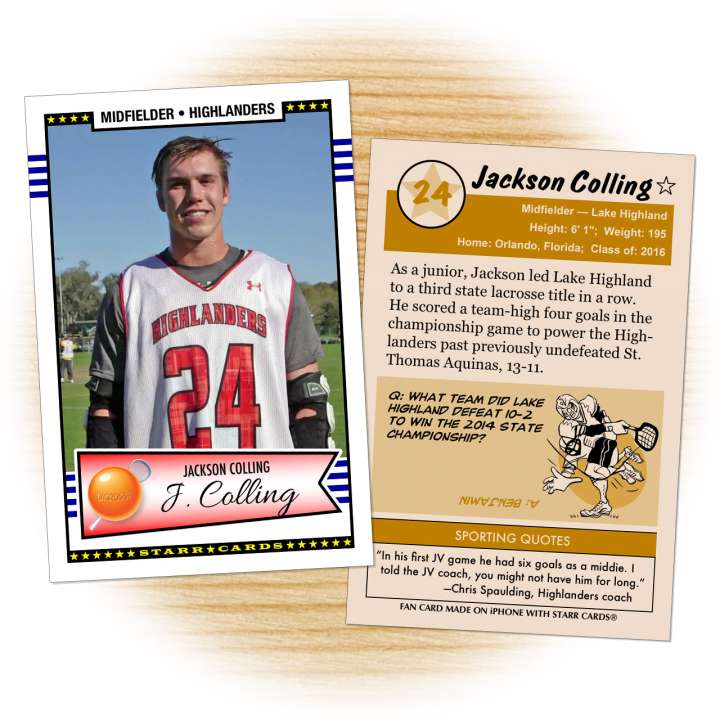 After high school, Colling will help define a Boston University Men’s Lacrosse team which has made rapid progress in the two years since its founding. He will join three preseason All-Americans who will be entering their senior years in 2017: face-off specialist Sam Talkow, midfielder Cal Dearth and goalie Christian Carson-Banister.

The Terriers will gain a living highlight reel in No. 24, as evidenced by his past three years on the field…

Colling was the lone freshman on the 2013 Highlanders team that broke through as Florida State Champions.