Other than occasionally attending Knicks games prior to assuming the Oval Office, Donald Trump hadn’t had much of a presence in the world of basketball, especially in comparison to his favored sports of golf, football and baseball. 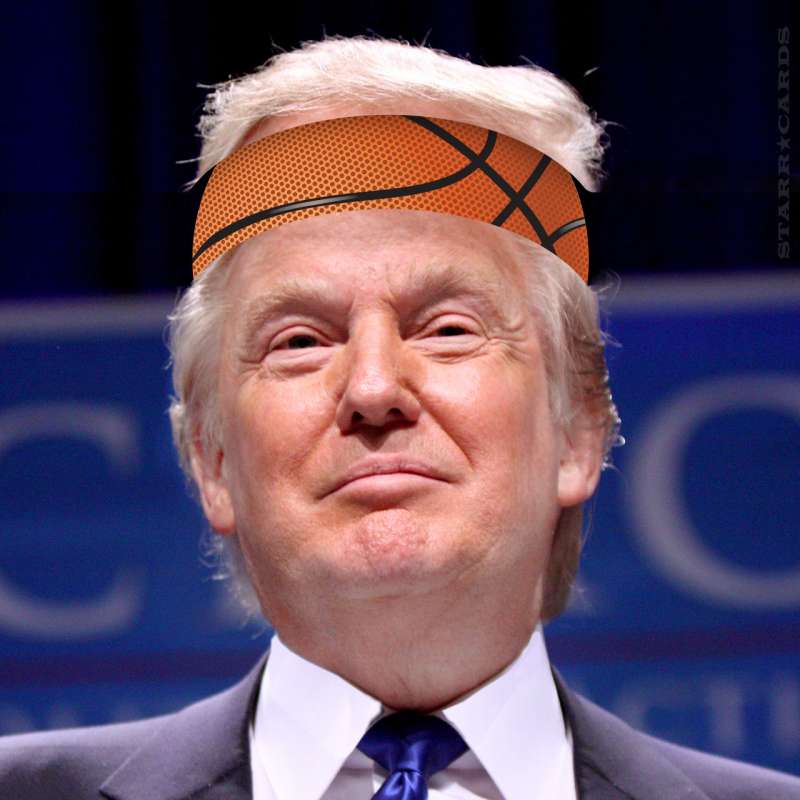 Trump took to his favorite platform to cast aspersions at the intelligence of CNN anchor Don Lemon and NBA star LeBron James a couple days after the above interview aired in which both parties lamented the President’s divisiveness.

Lebron James was just interviewed by the dumbest man on television, Don Lemon. He made Lebron look smart, which isn’t easy to do. I like Mike!

The last line of Trump’s tweet — I like Mike — also suggested his alignment with frequent James detractor Skip Bayless in opting for Michael Jordan over James in the GOAT debate. MJ and a slew of other sports stars weren’t having any of it.

During a week in which James celebrated the opening of a public school he helped fund for at-risk children, NBA stars came to his defense in droves.

Lebron James was just interviewed by the dumbest man on television, Don Lemon. He made Lebron look smart, which isn’t easy to do. I like Mike!

So let me get this straight: Flint, MI has dirty water still, but you worried about an interview about a man doing good for education and generations of kids in his hometown? Shut your damn mouth! Stop using them twitter fingers and get stuff done for our country with that pen. https://t.co/sEkX3OKaJM

At this time & place for any African American, @KingJames @donlemon @RepMaxineWaters @repjohnlewis & #NFL plyrs to be criticised by @realdonaldtrump means you must be doing something right! As I have said before- Its the biggest compliment you can get. @TwitterSports @MSNBC @CNN

I've been silent about ALL of the DUMB stuff this man has tweeted but THIS is attacking the NBA brotherhood and I'm not rollin'! What an embarrassment… https://t.co/zHjgokig8R

A sign of an insecure human being is one who attacks others to make themselves feel better… im just sad that young kids have to see stupid tweets like these and grow up thinking it’s okay… forget everything else Donald your setting a bad example for kids😑 our future 🤡 https://t.co/eg0MECg8xC

I've been silent about ALL of the DUMB stuff this man has tweeted but THIS is attacking the NBA brotherhood and I'm not rollin'! What an embarrassment… https://t.co/zHjgokig8R

This is officially the most 2018 thing ever… https://t.co/e72YhlFsKF

LeBron is going to be President one day

“Service to others is the rent you pay for your room here on earth.” ~Ali Incredible example of service. Salute!

NFL players — both present and past — who have been a frequent target of Trump’s derision, similarly expressed their distaste for his attack on The King.

This is a late night tweet from the PRESIDENT. This tweet is immature and offensive. I would like to know why he considers these two successful black men “dumb”. I know why. Some of y’all need to start believing what he is showing you. 🤷🏿‍♂️ https://t.co/iE79LtGqBz

We got your back @KingJames 🙏🏾 Someone sure sound like they wish they was you.

Seriously? @realDonaldTrump Both of them make you look like an idiot. Not that you need help. You are beyond a shadow of a doubt the dumbest, most unqualified, immoral, and bigoted president to serve during my lifetime. An embarrassment to the American people, and a global joke.

It should be beneath the dignity of a sitting POTUS to take racist shots at D. Lemon and Lebron James. While only uttering kind words for ruthless dictators, Putin, Kim and Duterte. President Trump, we cape up for ours , “BELIEVE THAT” #KinOrSkinWeRide

.@KingJames is a great family man, incredible ballplayer, gives back to his community, and isn’t afraid to speak his mind. He’s a world class athlete and a class act. We need more like him in this world.

Going to the White House is considered a great honor for a championship team.Stephen Curry is hesitating,therefore invitation is withdrawn!

The year before, Trump’s animus toward the NBA was made clear when he withdrew a White House invitation to the then champion Golden State Warriors who had already decided they wouldn’t attend the customary function.

Jerry West recalled standing alongside his fellow players at the 1960 Olympics: "I thought about my brother David, who had died fighting in Korea when I was 13, and how proud I was to represent the United States of America." pic.twitter.com/MwbVUco6Kw

On September 5, 2019, Trump had The Logo himself, Jerry West, to the White House to present the Hall of Fame guard with the Medal of Freedom. If West’s Clippers win the NBA title this coming season, will they become the first NBA team to go to the White House since Trump became POTUS? Stay tuned…

So funny to watch Steve Kerr grovel and pander when asked a simple question about China. He chocked, and looks weak and pathetic. Don’t want him at the White House!

Most recently, the President took a break from impeachment worries to keep up his beef with the Golden State Warriors, Trump disparaged head coach Steve Kerr for not taking a definitive position on China’s involvement in Hong Kong (which the President himself has not done). POTUS then oddly reiterated his un-invitation to the White House more than a year removed from the Dubs winning their last championship.