Ever since Team USA swimmer Ryan Lochte recast himself as a robbery victim after trashing a Rio gas-station bathroom, he has become the favorite speedo-clad butt of jokes served up by late-night comics. 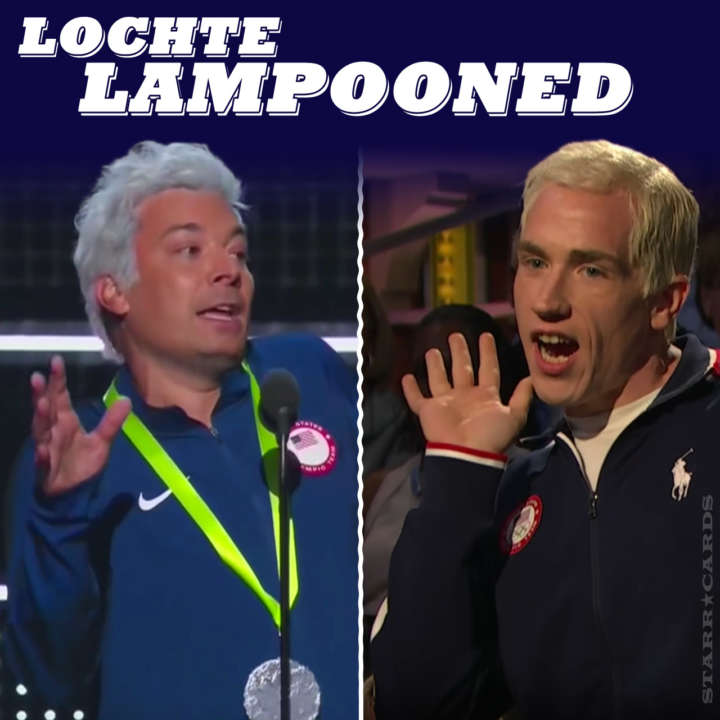 On Sunday night, Tonight Show host Jimmy Fallon dressed as the platinum-haired Lochte to serve as a presenter on MTV’s Video Music Awards.

On Late Night with Seth Meyers, Conner O’Malley played an unctious Lochte-obsessed fan who heckled the host for his “tool” shaming. Perhaps the deranged fan’s most outrageous assertion during the sketch was that Simon Biles four gold medals were stolen at gun point from Lochte.

Meyers was unmoved by O’Malley’s lobbying on Lochte’s behalf and was dismayed when the comedian led the audience in a “USA” chant in support of Lochte’s serving as a role model for young dumbasses.

A week ago, John Oliver branded Lochte variously as “If Sting was a Jock”, “Purest Form of the Chemical Element Bro”, “America’s Favorite Dumb Merman” and an “Idiot Sea Cow”.

Despite his very public pillorying, Lochte has no shortage of parties interested in cutting him checks in the future. ABC recruited him to participate alongside fellow-Olympian Laurie Hernandez for Season 23 of the network’s popular Dancing With the Stars show which debuts in September.

Thanks to all the folks at pine bros. for your confidence in me. I look forward to making you proud.

And despite losing the vast majority of his former endorsements, Lochte signed a marketing deal last week with Pine Bros. Softish Throat Drops for an undisclosed amount. Well, they got the bros part right…