Late in 2017, travel vlogger Erik Conover, sleeping in his Manhattan apartment, had a vivid dream in which he was standing above the clouds atop the world. Upon waking, he checked his DMs and found a message from a trekking service inviting him to climb Mount Kilimanjaro.

Conover jumped at the opportunity to climb Africa’s highest peak, and together with a high school buddy hopped a flight from La Guardia to Amsterdam, then on to Arusha, Tanzania. The pair were greeted at the Kilimanjaro International Airport in the dead of night by a driver for Kiliwarrior Expeditions and their adventure was officially on.

The first few days in Tanzania were spent acclimating to the new country and shopping for supplies at the local markets.

Once the supplies for the climb were portioned out to each of twenty porters, Conover and his support crew embarked on the Lemosho-Western Breach Route for a 9-day trek up the mountain.

Surrounded by cultivated fields and remnants of savanna, Mount Kilimanjaro’s base is forested and hot, while the dormant volcano’s broad sloping sides meet high above in the heavens.

Emerging from the rain forests, Conover’s climbing party marched through the much more exposed heather region, and as the air grew ever thinner started to experience the first signs of high-altitude sickness. Moorlands gave way to high desert and finally the iconic white glaciers near the summit. 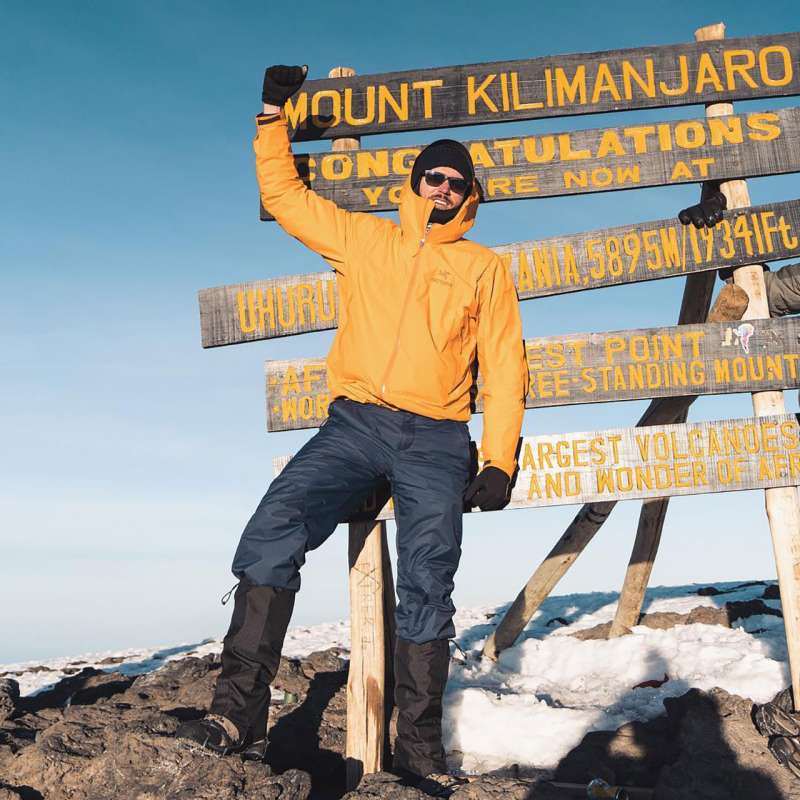 ''Kilimanjaro you have changed me forever. Never wait to create the reality you want in this life, it's the possibility of having a dream come true that makes life interesting.''

Reaching 19,341 feet (5,895 meters) in elevation, Conover realized his dream from months earlier and posed next the the sign demarcating Mount Kilimanjaro’s highest point. Just six more peaks to go and the adventurous Manhattanite can join the Seven Summits club…