In 2009, Syracuse was trying for back-to-back national championships and faced Cornell in the title game. The Orange trailed by one with half a minute remaining in the 4th quarter, when Nims’ pass in front of the goal was misread and went out of bounds. Cornell seemingly had the game in hand (or stick, in this case), needing only to run the last twenty or so seconds off the clock.

''When that pass went out, I looked up at the clock and it was just like, man, I can't end the national championship on a turnover.''

Cornell started the ball with a defenseman and Nims was able to knock the ball loose which was briefly recovered by the Big Red, before Joel White forced another turnover. Cuse’s Stephen Keogh scooped the ball up and executed a behind the back pass while falling to the ground. Matt Abbott caught the ball and lobbed an agonizingly slow pass to Nims who had worked his way back in front of the goal. 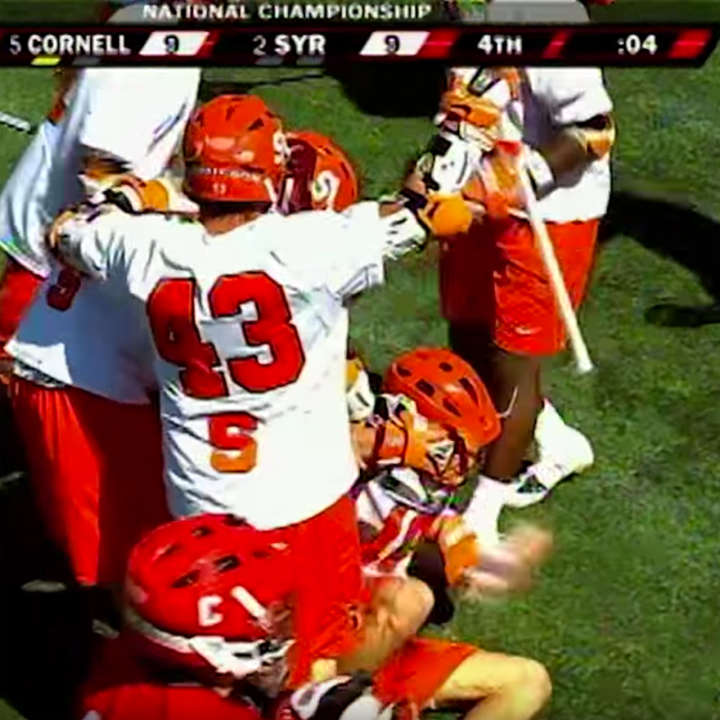 With seconds to go, Nims scored to force overtime and a massive on-field celebration ensued. Cornell went on to claim victory in overtime 10-9.

Carcaterra may not have played in the greatest game ever, but he did help lead Syracuse to a national title in 1995 as a midfielder.

・・・ Backyard one on ones 💪 #siblings

These days, in addition to his sports reporting duties, Carcaterra has taken it upon himself to raise a new crop of Orange laxers…

…including a high-flying Jamaican import.