What a Rush! Saskatchewan bounces Buffalo Bandits in thriller for back-to-back NLL titles

What a Rush! Saskatchewan bounces Buffalo Bandits in thriller for back-to-back NLL titles

Prior to the 2016 National Lacrosse League season, the Rush relocated from Edmonton, Alberta to Saskatoon, Saskatchewan — a five-hour drive east-southeast via Canada’s picturesque Yellowhead Highway. Fortunately for the franchise, the change in venue did not affect the team’s recent good fortune. 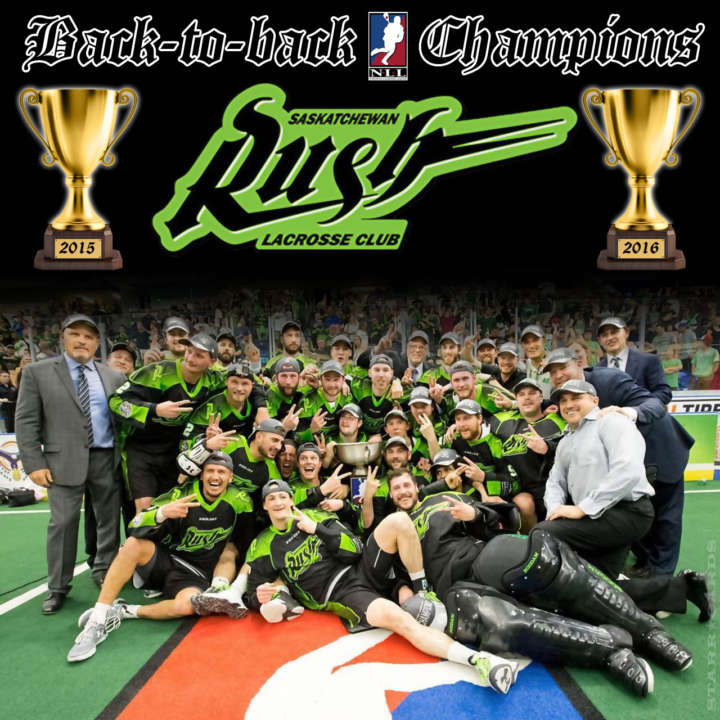 On Saturday, the Rush won their second NLL championship in a row after battling through their first nine seasons in the league without a title.

The 2016 Champion’s Cup final paired two teams that had compiled identical 13-5 regular season records — the Buffalo Bandits and Saskatchewan Rush. The best-of-three series promised to be ultra competitive, as the Bandits had stole the teams’ only meeting prior to the Cup, 19-18 at the SaskTel Centre in Saskatoon.

In the NLL’s title series, the Rush exacted revenge on the Bandits with 11-9 victory in Buffalo, before winning the Cup with a thrilling 11-10 result at home. The Rush trailed by two goals heading into the fourth quarter, but two scores by Robert Church in less than a minute had the score knotted up with just over four minutes to go.

With half a minute left, the Bandits’ Ryan Benesch took a shot on goal that ricocheted off the back board, before bouncing to midfield. The Rush’s Jeff Cornwall scooped up the loose ball at midfield, then rambled down the box to score the game winner with 12 seconds left on the clock.

''Every person on this team is willing to go through the wall for the other guy. That's the strength of our team.''

The Rush successfully defended the Bandits’ last shot to run out the clock, setting off a sustained self-inflicted assault on the eardrums of the 15,182 fans packed in the arena.