The Indianapolis Finals on American Ninja Warrior introduced a new obstacle known as the circuit board that is one-part cerebral, one-part forearm blaster. Indy drivers Conor Daly and Sage Karam dropped by the course to give it a go and were quickly dispatched into the water below. 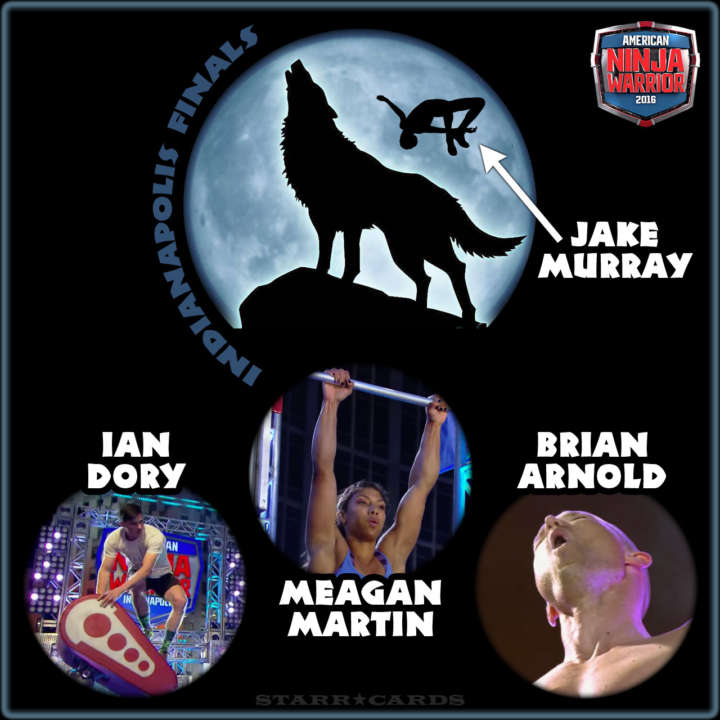 The night of the competition, several contestants had their runs short circuited by the new obstacle, before Ian Dory — of the famed Boulder, Colorado-based Wolfpack ninja warriors — was the first to solve the challenge.

Ian Dory has had his sights set on conquering Mt. Midoriyama ever since former Wolfpack training partner Isaac Caldiero became the first official American Ninja Warrior last season. At Indianapolis Finals, Dory demonstrated he is ready for bigger, badder challenges, by completed the course in a time of 7:53.91.

Dory has built his grip strength with a training regimen that includes a heavy dose of bouldering.

Fellow Wolfpack member Meagan Martin followed Dory with a thrilling run that had her advance to the back end of a Finals course for the first time in her obstacle racing career. While she was ultimately thwarted by the circuit board, she nonetheless qualified for the Vegas finals after she finished in 8th place overall.

Like Dory, Martin is a world-class rock climber — the benefits of which translate nicely to the ANW obstacles.

Before last season, Brian Arnold held the distinction of having progressed the farthest at the Vegas Finals of any ninja in history. This year he aims to add his name alongside Caldiero and Geoff Britten as the rarefied few to have conquered Mt. Midoriyama.

The last of the Wolfpack to run at the Indianapolis Finals, Brian Arnold improved upon Dory’s time, punching the buzzer at 6:37.87.

Jake Murray, who competed alongside Arnold earlier in the year on Team Ninja Warrior, brought his trademark joie d’vivre to Indy.

Murray integrated two superfluous flips into his run, starting with a reverse summiting of the warped wall. With girlfriend Carissa Gross cheering him on, he shoe-tapped the finishing buzzer at 6:34.68 to narrowly best Arnold’s time.

Not surprisingly, Murray, who lives in Denver, has found plenty of opportunities to train with nearby Wolfpack and has even developed a secret handshake with Martin (shown above).