Joe “The Weatherman” Moravsky put Team USA on the scoreboard first with the fastest ever run on Stage 1. Team Europe captain and parkour-legend Tim Shieff responded with a virtually-flawless run best filed under “Anything You Can Do I Can Do Better.”

Speedster Elet Hall continued his mastery of Stage 2 to again put the USA in the catbird seat, but world-class climber Sean McColl kept Europe’s hopes alive with an incredible first-time try at the obstacles.

Until both Japan and Europe had team members conquer the climber-friendly Stage 3, it had never been completed on American soil. That left Team USA’s Brian Arnold with the daunting task of defeating his old nemesis.

Arnold’s success on Stage 3 tied the USA with Europe, forcing a Stage 4 deciding run between former Hawkeye gymnast Travis Rosen and McColl. The forty-year-old Rosen went first and established a time that looked to lock up the come-from-behind victory for the USA.

Once again, McColl came to the rescue of Team Europe by ascending the more than 70-feet of rope to press the buzzer a fraction of a second faster than Rosen. 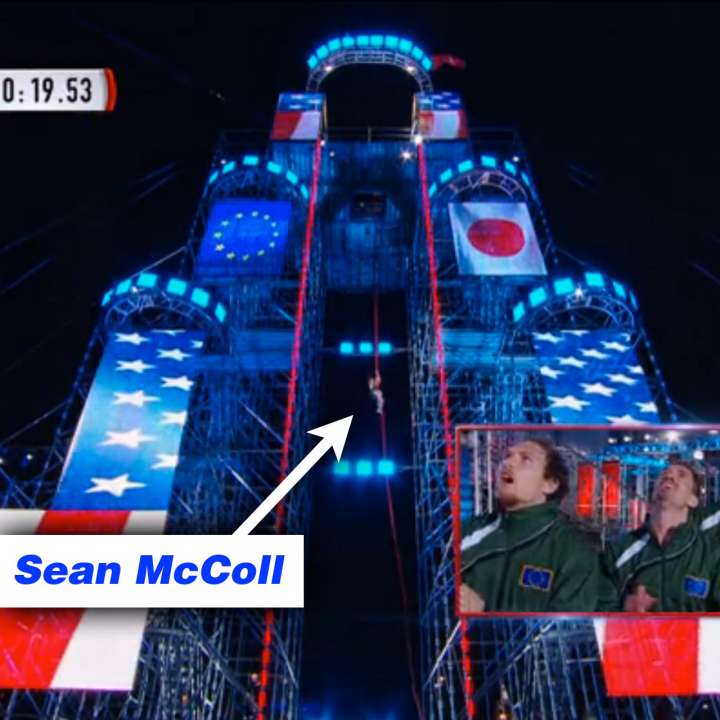