Over the past several years, Drew Drechsel has staked out a reputation as one of the fastest and most-fearless competitors on American Ninja Warrior. In a head-to-head race versus Abel Gonzalez, Drechsel continued to add to his obstacle racing lore on the inaugural season of Team Ninja Warrior.

Gonzalez surged to the lead on the Swinging Rope Climb, only to have Drechsel storm back on the Ring Toss. Fully stretched on the second set of pegs, Drechsel went for a Tarzan-esque dismount spanning several meters — and, incredibly, found purchase on the edge of the platform. 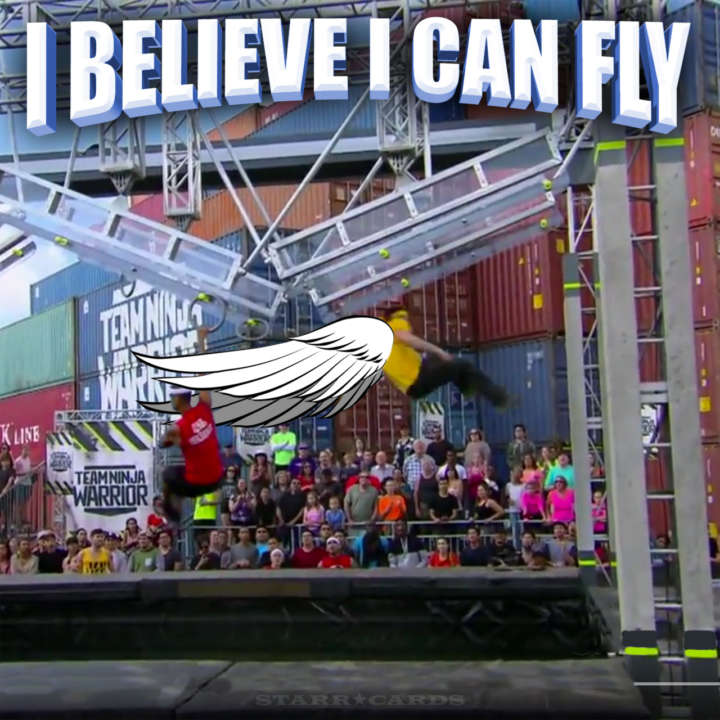 Although Drechsel’s run delivered the win for the Real Life Beasts team, his acrobatics were appreciated equally by Gonzalez and his Invincabels’ teammates.

Drechsel has always been hard wired to go all out — no matter if he’s racing on an amateur obstacle course in Rockford, Illinois, or at a Sasuke event in Malaysia.

Drechsel replicated his incredible move on the rings to put his team back into contention, but Party Time, anchored by Arnold, came out on top.

There is never a dull moment with this group around. Meet Party Time – They’re ready to rock #TeamNinjaWarrior!

NEXT UP: THE FINALS

Next week, the TNW Finals begin with Travis Rosen and his underdog Team TNT vying to become the show’s first champion. The show airs on Tuesday 8/7c on the Esquire Network.

Coming in with a BANG! 💥 #TeamTNT is ready to blow up the #TeamNinjaWarrior course.