With massively padded goalkeepers occupying the relatively small goals in lacrosse, casual observers may marvel at how points are ever scored, but spending a little time in the net can prove revelatory.

As part of their I Could Do That web series, Whistle Sports invited a half dozen people off the street to suit up in full goalie gear to try and defend a goal from hard-shooting lacrosse pro Rob Pannell. 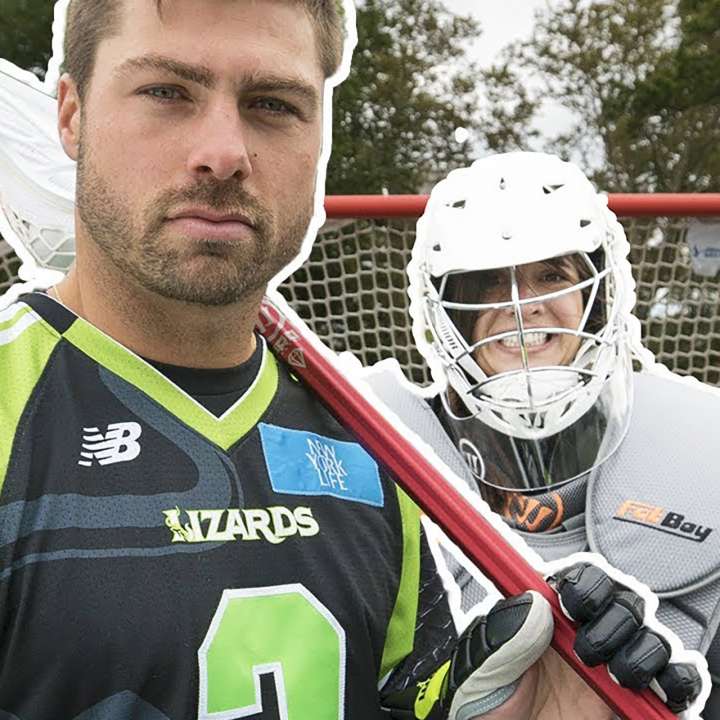 ''It was fun. It wasn't as scary as I thought it would be. Um, I just wish I could have stopped at least one.''

Surprisingly, Ben from New York, who not only lacked any previous lacrosse experience, but also confessed to being athletically challenged, managed to stop one of Pannell’s missiles. Kristen from Pennsylvania (pictured above behind the goalie mask) didn’t fare as well…

ROB PANNELL VS THE PROS