For some time now, New York Lizards midfielder Paul Rabil has been using a GoPro camera to produce lacrosse-themed video challenges via his YouTube channel. His latest involves bouncing a lacrosse ball in front of the goal, then whipping a second ball into the first and having both go in the goal. 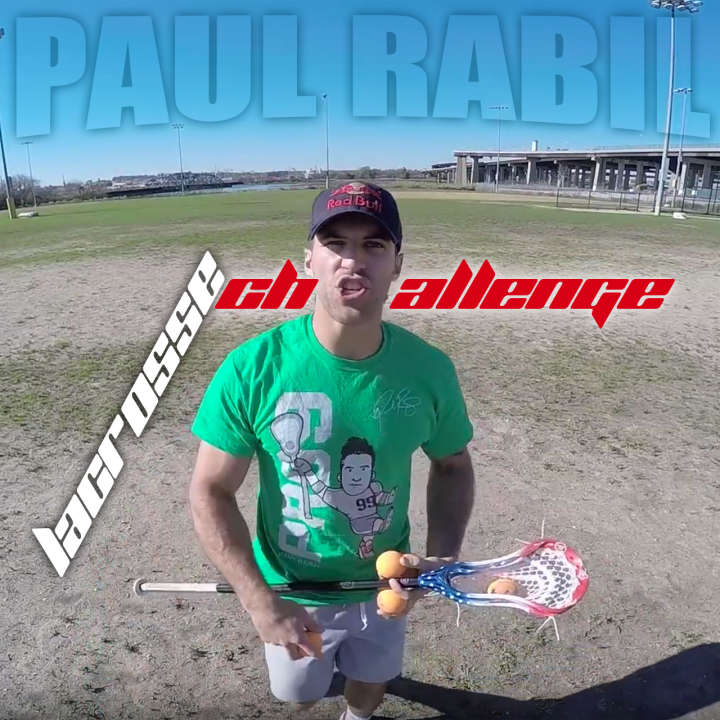 In September, Rabil demonstrated that just about anything can be stalled on the sidewall of the lacrosse stick head. His challenge included stalling a lacrosse ball, tennis ball, foam UNC basketball, peach, apple, fake home decor, ping pong ball, deflated soccer ball, banana, full-sized UNC basketball, and football. He fails in his attempt to sidewall stall a second lacrosse stick and watermelon.

In an earlier challenge, Rabil invited viewers to clap as many time as possible after throwing a twisting lacrosse stick (with a ball in the pocket) into the air, and before catching it. Rabil himself manages twice in three tries to get in ten claps.

In a challenge of another flavor, Rabil joined a host of other celebrities in lending his voice to a campaign to get folks eating healthier — specifically by choosing more fruits and vegetables.

Spent most of the day fannin out 🙂 #teamfnv #FLOTUS