Scottsdale, Arizona resident Sierra Blair-Coyle discovered climbing at age eight and took to the sport like a sticky-footed lizard clings to a desert boulder. She started competing professionally when she was 14-years-old and became a two-time national champion.

''Something about climbing made me not want to stop. You know I didn't think about quitting or leaving. From day one it was like I was all in.''

Now 24 years old, Blair-Coyle had to overcome a bum back that began to manifest a half dozen years ago to continue her passion for climbing. Voted one of the Top 99 Most Outstanding Women of 2015 by AskMen, the 5-foot-7 Arizona State grad has been a Climbing World Cup competitor every year since 2010. 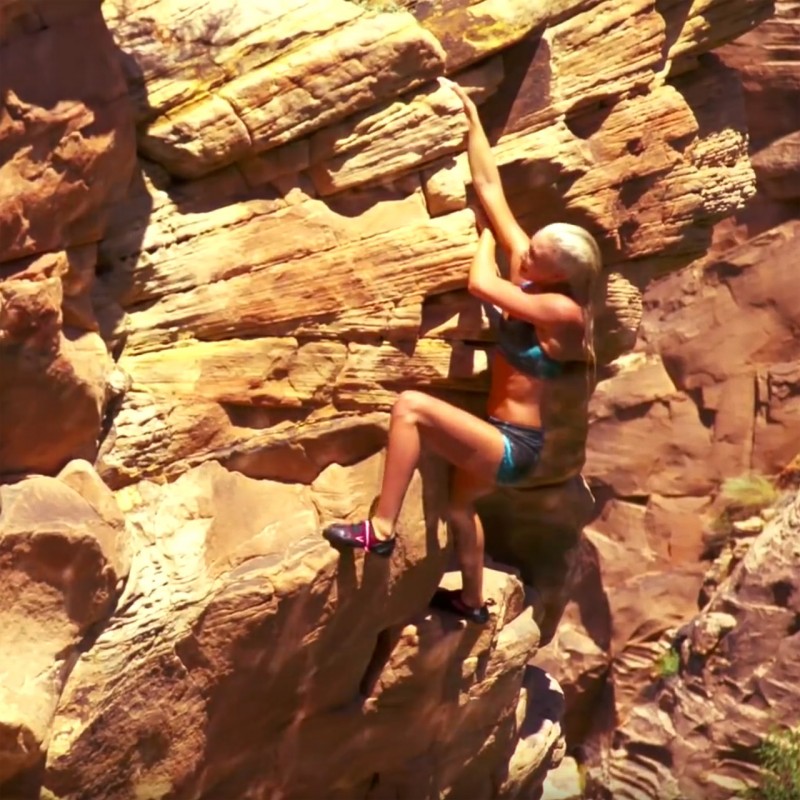 These days Blair Coyle has been practicing deep-water soloing, a type of climbing that relies on a water base to prevent injury. Ideally, the climbing route chosen up a rock wall is almost purely an overhang, so in the event of a fall there’s just air between the climber and the water.

To get a 360 degree perspective on what it’s like to deep-water solo, check the following video out in either the Firefox or Chrome web browser. Drag your mouse to explore the environment and make sure your hand and toeholds are secure!